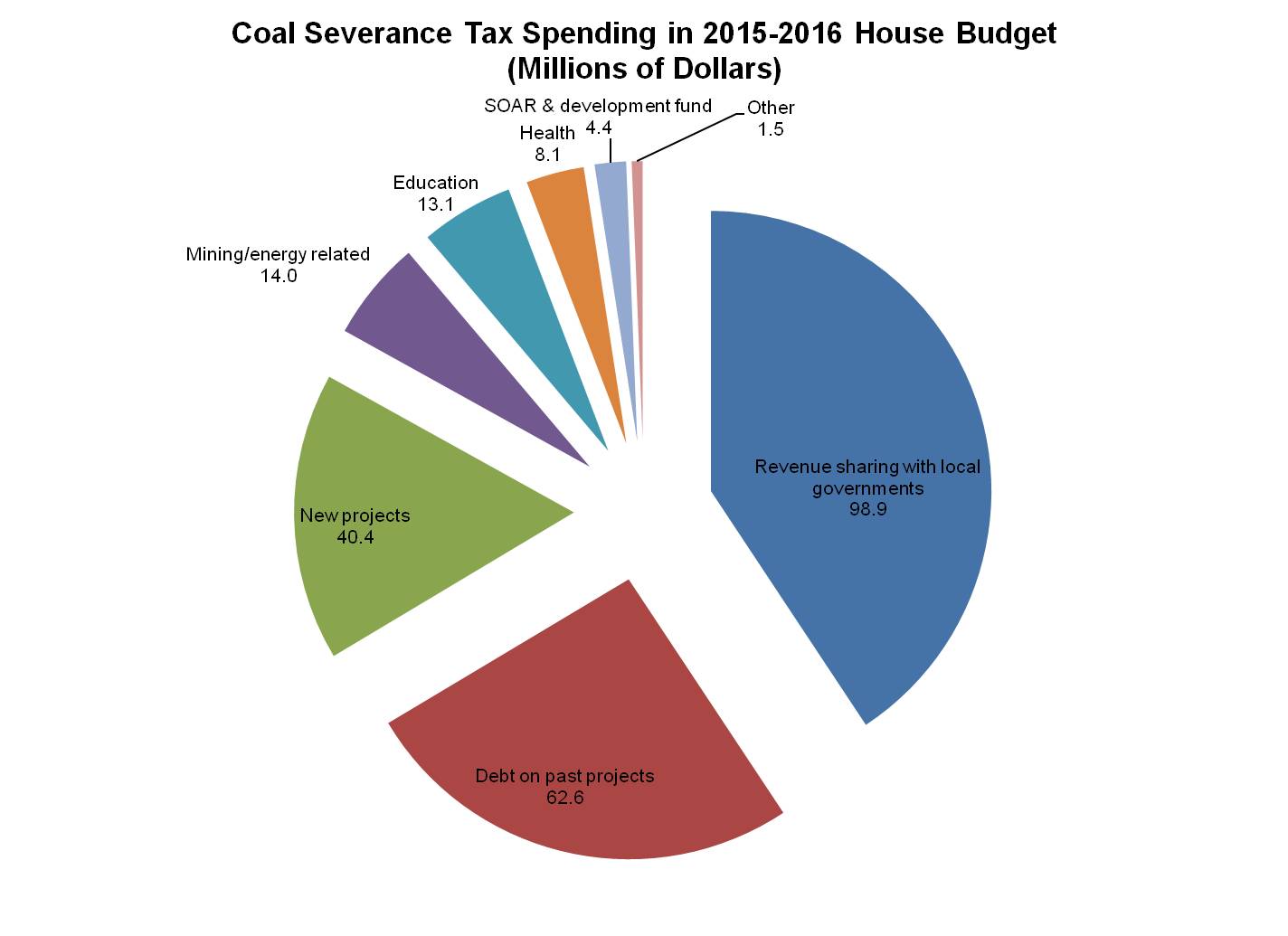 The House version of the new state budget takes $20 million of coal severance money the governor’s budget had allocated to region-wide programs and local governments and shifts money to over 400 earmarked local projects, many smaller than $10,000. CN2 Pure Politics and the Louisville Courier-Journal have stories exploring potential debate over these changes. It’s become commonplace for the coal severance budget to contain a wide array of projects and programs, but without a clear strategy for how they add up to economic development in the state’s coal-dependent regions.

Originally, much of the coal severance money went to prop up the General Fund. In 1992, the state passed legislation intended to send half of the money back to coal-dependent regions, to be divided into two streams: a portion for local government budgets and a portion to be used for economic diversification. However, the economic diversification monies were restricted to one strategy—the construction of industrial parks to try to lure industry.

After a series of regional industrial parks were built in eastern Kentucky with little success in finding tenants, the legislature began taking those monies—known as the Local Government Economic Development Fund (LGEDF) —for specific projects in each county earmarked in the budget. The General Assembly also began to issue bonds for water and sewer and other projects to be paid back with future coal severance revenue.

After more than a decade of this practice, the dollars that had accumulated in LGEDF accounts are now gone, a substantial amount of debt is owed on already-bonded projects and severance tax revenue is dwindling in eastern Kentucky as coal declines. The House proposes to keep the money flowing for local projects in part by reducing funding for regional coalfield programs that had been supported through the severance tax budget in recent years including mine safety, Save the Children, and the Read to Achieve program, and by giving local governments slightly less money than the governor had proposed. Projects funded in the House budget include senior centers, volunteer fire department equipment, water lines and parks improvement in coal counties.

The House’s proposed allocation of coal severance monies (not counting the 50% that goes to the state’s General Fund) is below:

While many of the new projects are no doubt worthy, eastern Kentucky also needs a deliberate and aggressive strategy for economic transition given the region’s longstanding poverty and the recent acute job loss in the coal industry. Coal severance tax revenue is the largest current single source of money that could potentially be used for economic development.

One promising measure in this year’s coal severance budget is the allocation of $2 million each year for a Regional Strategic Development Fund (RSDF) and $200,000 per year to administer the Shaping Our Appalachian Region (SOAR) initiative. SOAR, which kicked off with a summit in Pikeville attended by over 1,700 people back in December, is a regional planning process intended to identify ways to diversify the eastern Kentucky economy.

The RSDF could be the beginning of a permanent coal severance tax fund, a structure commonly used by states dependent on natural resources to ensure that wealth is retained after the resource has declined. Dividends from a permanent fund can be used for ongoing initiatives according to a strategic plan while the corpus is preserved for the long term.

SOAR will pick up again very soon. Let’s hope it develops and begins carrying out an economic development plan with deep input from eastern Kentuckians that can be used to shape investment of coal severance and other resources in the future.