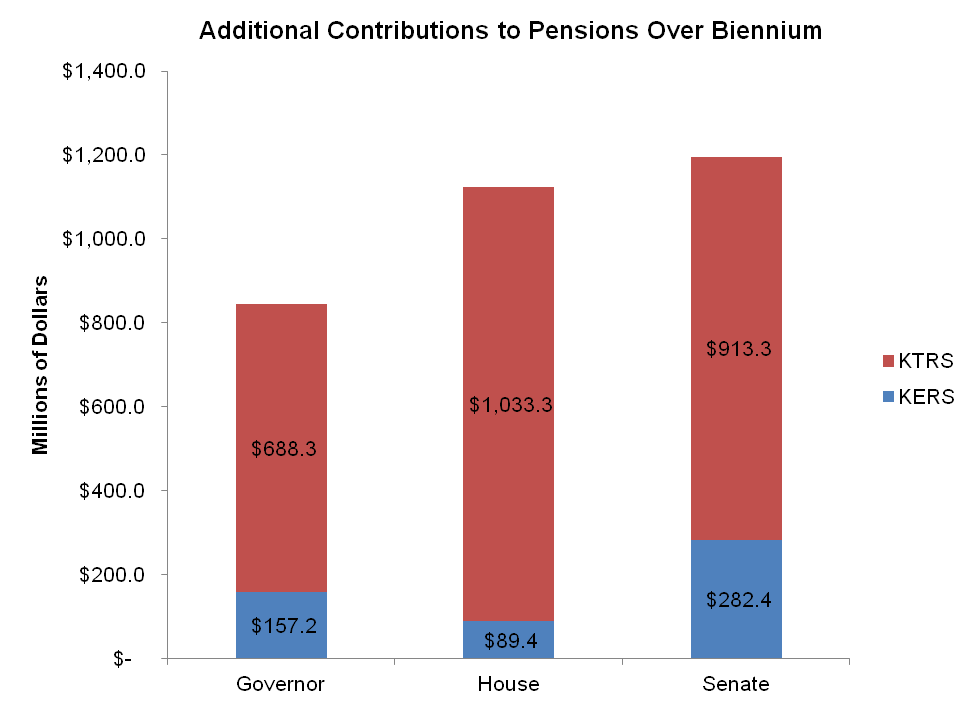 The Senate budget maintains the governor’s dramatic proposed cuts of nine percent to postsecondary education, parts of P-12 education and a wide range of services affecting health, quality of life and vulnerable Kentuckians. Its primary difference from the governor’s plan is to leave less money in the rainy day fund and a proposed permanent fund while increasing direct funding for pensions.

The Senate budget is similar to the House plan when it comes to total pension funding. The main difference between the two is the Senate still leaves $336 million more in the rainy day fund and permanent fund combined at the end of the biennium than the House, which uses those monies to reduce budget cuts in education and other areas.

The Senate budget includes the governor’s budget cuts of 9 percent (4.5 percent this year) to many parts of state government with few modifications.

It includes 9 percent cuts to higher education institutions, which would mean funding for universities and community colleges will have been reduced by 35 percent between 2008 and 2018 once inflation is taken into account. In 2018 it puts 25 percent of higher education funding into a new performance-based system in which institutions must compete against each other for their portion of those funds (Kentucky State University is excluded).

The Senate budget does not include $57 million the House had proposed for need-based lottery-funded scholarship programs — the College Access Program and the Kentucky Tuition Grant program — which have had dollars diverted from them in recent budgets 1. The Senate also doesn’t fund the Work Ready scholarship proposed by the House that fills the gap in providing free tuition to traditional age students at the state’s community colleges. Instead, the Senate plan puts $58.9 million over the biennium into Kentucky Educational Excellence Scholarships (KEES), which are based on grades, for high school students who are dually enrolled in college credit or technical programs.

The Senate goes along with the governor’s budget in including nine percent cuts to the non-SEEK portions of P-12 education, which the House budget had not cut. Within Learning and Results Services, that means cuts of nine percent to areas like preschool, extended school services, teacher professional development and instructional resources. Family resource and youth services centers are cut by 6.3 percent, paid for by defunding a few programs including dropout prevention and the visually impaired preschool services program.

The Senate budget does not expand eligibility for preschool from 160 percent to 200 percent of the poverty level, as in the House plan. Like the House, the Senate would essentially freeze funding for SEEK, the core funding formula for schools.

The Senate cuts other areas as the governor proposed that the House had exempted from cuts, including constitutional offices (Attorney General, Secretary of State, Auditor, Treasurer, Agriculture), Kentucky Educational Television, Office for the Blind, Libraries and Archives, Board of Elections, Registry of Election Finance, Kentucky Center for the Arts, Commission on Human Rights, Commission on Women and the Executive Branch Ethics Commission.

The Senate budget deletes the House’s proposed additional $10.6 million each year to expand eligibility for child care assistance from 150 percent to 160 percent of the poverty level. The Senate also deletes an authorization included in the House budget of up to $10.5 million over the biennium for the fund that provides care for the uninsured at University of Louisville Hospital, as well as monies for colon, breast and cervical cancer screening 3.

The Senate budget eliminates funding for 44 new public defender positions both the House and governor had included to help with caseloads. As in the House budget and the governor’s proposal, there are again no raises for employees in the budget other than selected raises for a few occupations such as social workers and state police.

The Senate somewhat changed the mix of funding to the pension plans compared to the House. The House included the full actuarially required contribution (ARC) to the Kentucky Teachers’ Retirement System (KTRS) over the biennium, while the Senate plan includes 88 percent of the KTRS ARC. The Senate plan puts over three times the amount the House does in additional dollars above the ARC to the Kentucky Employees’ Retirement System (KERS) (see graph below, which does not include base funding for the systems). 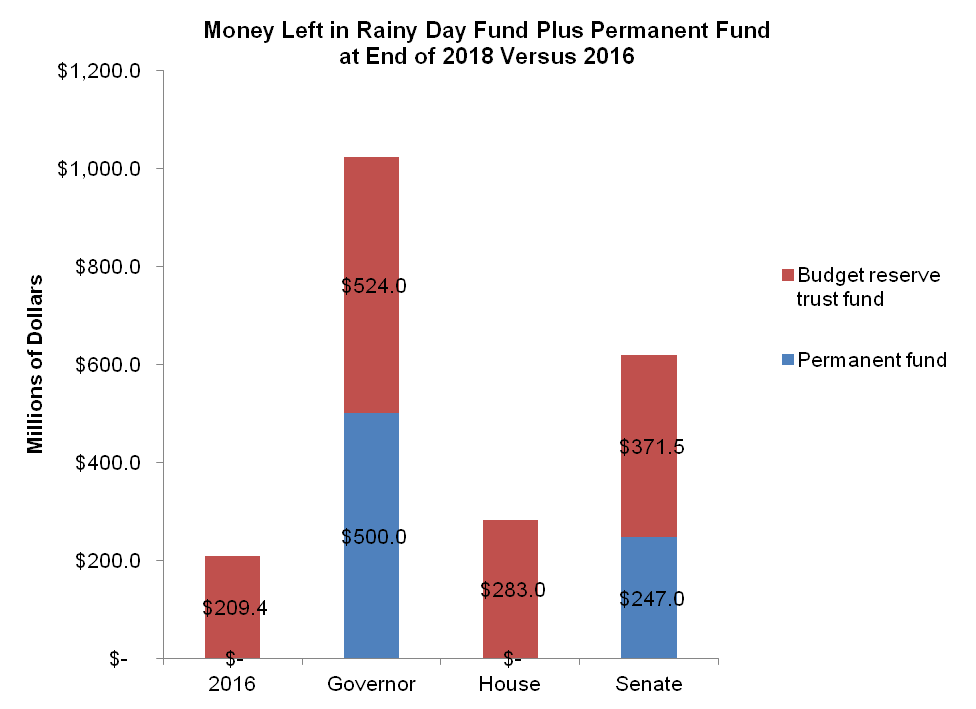