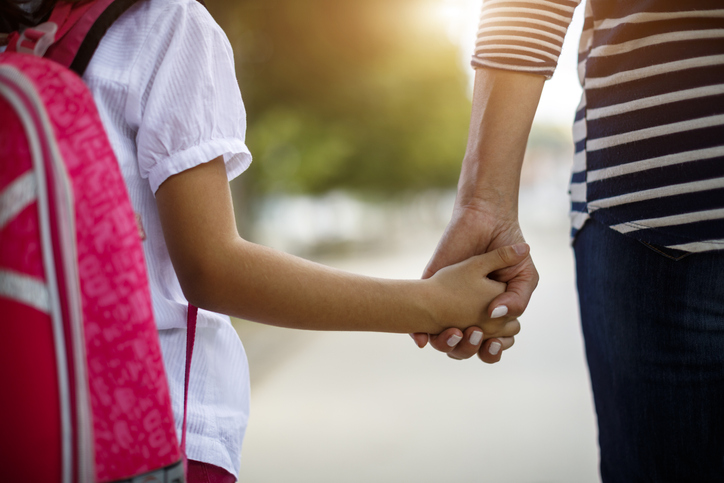 After receiving a second reading on the House floor yesterday, Senate Bill 1 (SB 1) continues to advance in the House, despite the harms to Kentucky kids and our economy and the need to pass a budget with COVID-19 related provisions and adjourn the session.

SB 1 will voluntarily increase Kentucky’s coordination with federal immigration enforcement through both local law enforcement activities and the collection of data by a wide range of public agencies. While research shows that aggressive state and local enforcement policies do not promote public safety, they do have concerning implications for family well-being and for states’ economies. In addition to the downward pressure on immigrants’ income, economic activity and tax contributions that would immediately come from increased detention, deportation and the resulting climate of fear, aggressive enforcement would also weaken stability and well-being for children in immigrant families. Less family stability means lasting harmful impacts for children as well as Kentucky’s economy.

There are 26,751 Kentucky children who live with at least one family member without legal status who could be detained and deported under SB 1 and who would live in fear as a result. 79,000 Kentucky children have at least one immigrant parent while others still have family members who may experience discrimination, profiling and wrongful detainment on the basis of race, nationality, religion or other factors under SB 1 even if they have legal status.

Research on aggressive immigration law enforcement shows that people in a climate of fear are less likely to engage with public and non-profit agencies providing programs their families are eligible for, to pursue health care activities and to report crimes such as domestic violence and sexual assault – all consequences that harm families and children. Under SB 1, Kentuckians with and without one of the many forms of legal immigration status will face a choice between going about their normal lives, contributing to their community and engaging with public agencies to support their families’ well-being, or avoiding discrimination, profiling, detention (lawful or unlawful) and deportation. These harms are especially relevant as the COVID-19 pandemic makes clear how vitally important it is that all Kentuckians can access health care and engage with public health free from fear and worry.

When a parent is arrested – and loses income or perhaps even a job under SB 1; when the threat of such causes fear and limits economic and community activity; and when deportation separates families, the consequences will first be felt by Kentucky families and their schools and communities, but they will be felt universally over time. Policy choices that reduce families’ ability to make ends meet and worsen financial and psychological stress also have long-term negative economic impacts. There is an extensive body of research showing that access to public benefit and safety net programs during childhood improves long-term economic outcomes and health. Similarly, there is unequivocal evidence that “money makes a difference to children’s outcomes” and vast research showing how factors undermining economic, physical and psychological security for children – known as adverse childhood experiences or ACEs – have lasting impacts on individuals’ well-being, opportunity and economic contributions later in life.

An extensive 2017 report from the National Academies of Sciences, Engineering, and Medicine looking at the economic and fiscal impacts of immigration found that “as adults, the children of immigrants (the second generation) are among the strongest economic and fiscal contributors in the U.S. population, contributing more in taxes than either their parents or the rest of the native-born population.” The same research finds that immigration overall is an engine of innovation for the U.S. economy and helps to address the challenges related to an aging native-born population. Removing existing barriers for these children would be a sound strategy to unleash their potential in our economy. Yet SB 1 will harm an entire generation of the children of immigrants in Kentucky, limiting their economic and fiscal contributions down the road.

The economic concerns are not limited to distant the future. SB 1 will reduce immigrants’ earnings, spending and their tax contributions including through payroll taxes. Employers, especially in some industries, will face reduced labor and more turnover. Fearing immigration action, people will be less likely to report wage and hour violations, which erodes labor standards for all Kentuckians. SB 1 will add difficulty to the state’s efforts to get a complete Census count by making immigrants fearful of participating – in turn jeopardizing federal resources that benefit all Kentucky families and circulate in our economy with important ripple effects. And already cash-strapped public agencies – a situation likely to get much worse in the near future – will have to take on new work documenting immigration status and supporting federal immigration enforcement. This work carries detention costs that the federal government does not reimburse and costs related to litigation when public employees inevitably make errors and violate individuals’ constitutional rights. The opportunity cost of taking on these new responsibilities, which research shows do not promote public safety, must also be considered.