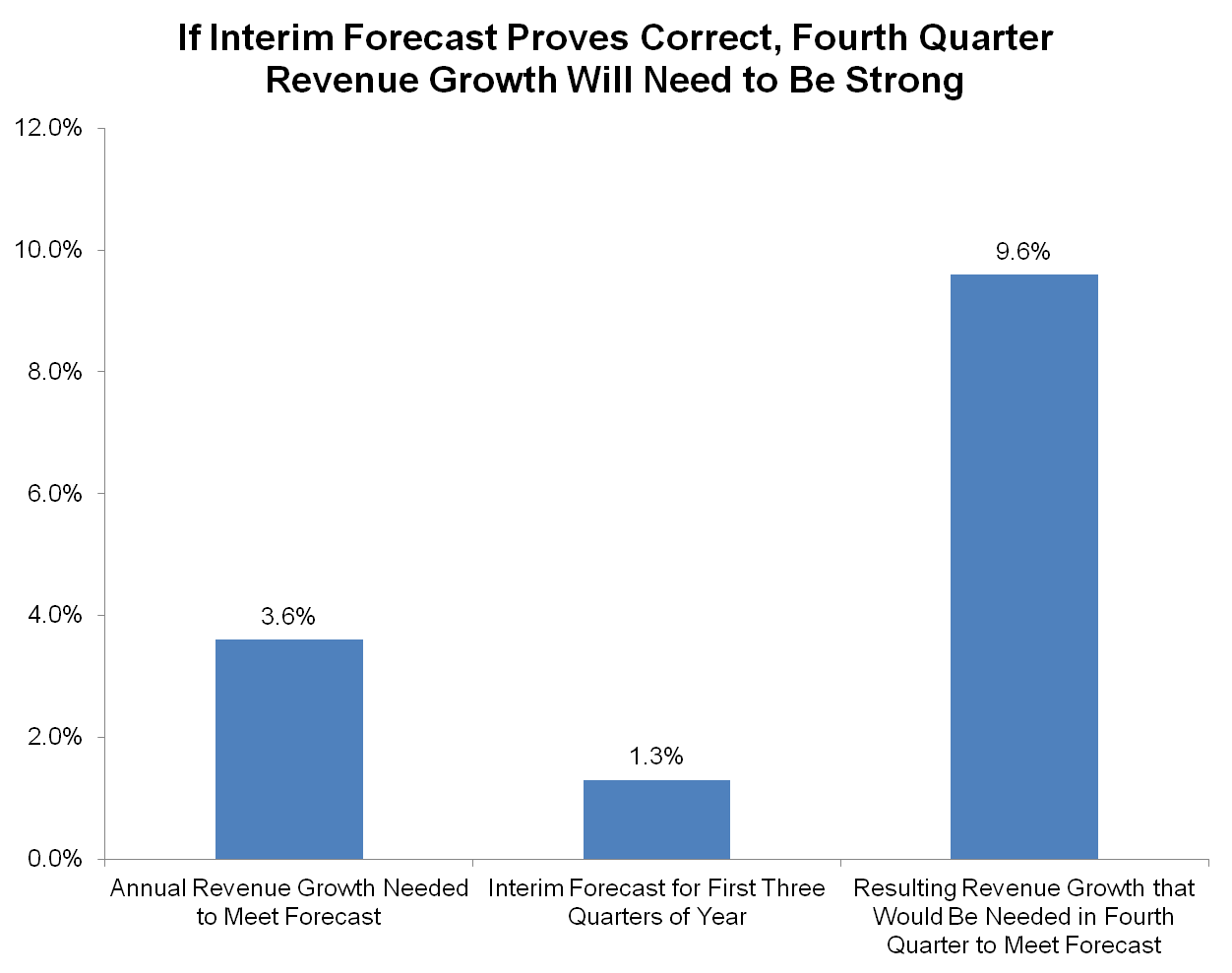 State revenue is now expected to grow only 1.3 percent for the first three quarters of the new budget year that began in July, according to a just-released state interim forecast. If that happens, revenue would have to grow at an exceptionally strong 9.6 percent rate in the fourth quarter of the year to hit the state’s revenue forecast and avoid another budget shortfall.

Due to a $91 million shortfall in the budget year that just ended, the governor took $50 million from various accounts across state government—including the Board of Nursing and a fund intended to clean up underground petroleum storage tanks—and withdrew $21 million from the already deteriorating rainy day fund. Because of that shortfall, General Fund revenue growth will have to be 3.6 percent for fiscal year 2015 rather than the 2.6 percent growth that was originally projected. But the interim forecast suggests hitting that target might be difficult.

Kentucky’s current budget is vulnerable in the case of another shortfall, not only as a result of the small rainy day fund, but also because it is already transferring $302 million from restricted funds across state government, and previous budget cuts have been substantial.

After weak growth in budget year 2014, the interim forecast suggests the individual income tax will regain some strength, growing at 3.3 percent for the first three quarters. However, the state expects sales tax revenue to decline 0.6 percent over that period and revenue from property taxes, cigarette taxes and coal severance taxes to continue their decline. 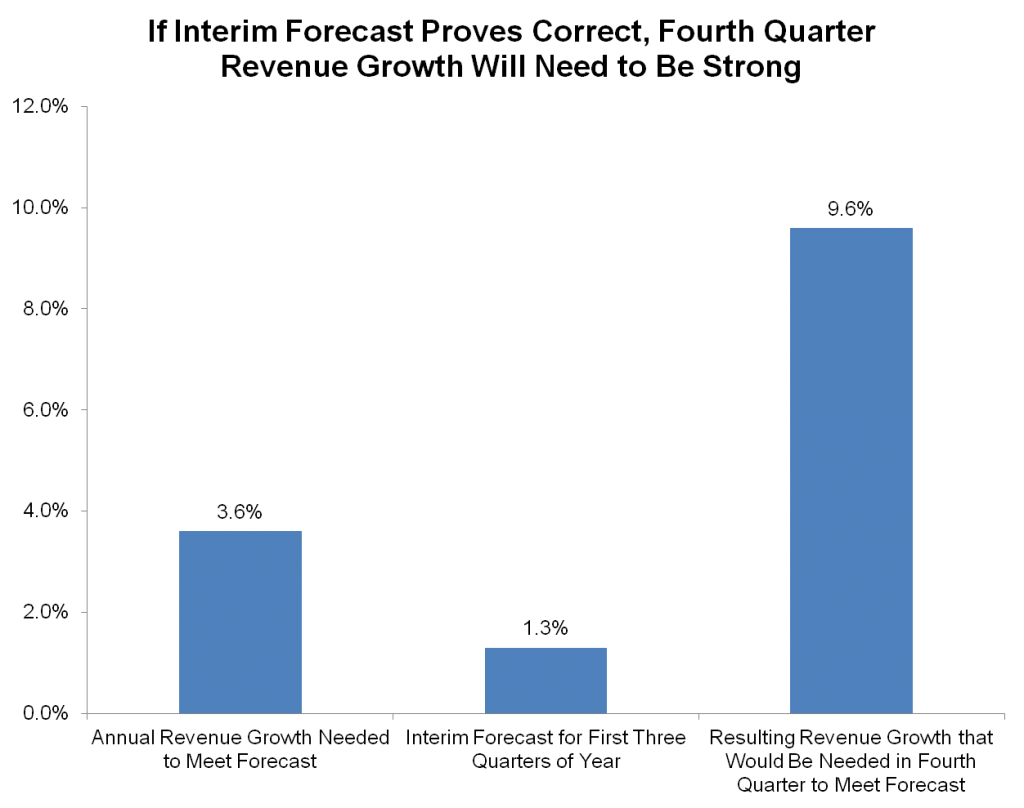