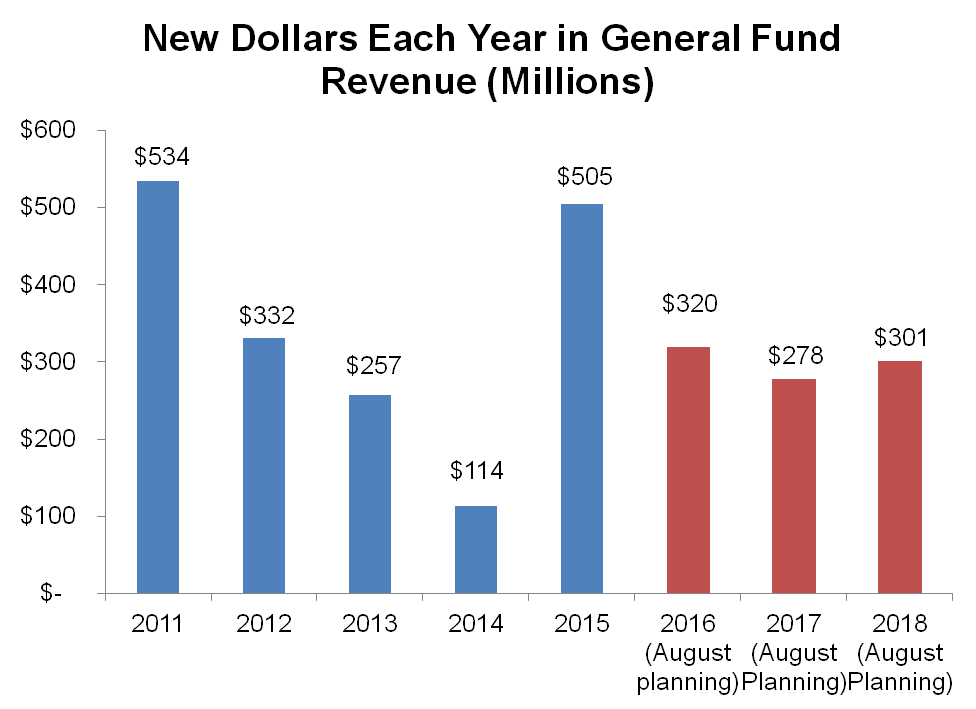 The state needs to find $580 million more to make its actuarially required General Fund contributions to pension plans in the first year of the next budget, according to information shared with the Public Pension Oversight Board yesterday. But the state is currently expecting only $278 million in new General Fund revenue that same year — or less than half of what it needs for pensions alone — according to a recent draft estimate from the state’s Consensus Forecasting Group.

Presentations from the state budget director and retirement system officials show Kentucky will need $520 million more in order to fully fund the annual contribution to the teachers’ retirement system in 2017. The state stopped making the full required contributions in 2009 and the amount owed has since ballooned as payments were skipped and investment losses from the recession were fully felt.

In addition, the state will need to find $60 million more from the General Fund (and $108 million in total state dollars) in 2017 to make the full contribution to the Kentucky Employees’ Retirement System (KERS), according to the budget director (slightly different numbers were shared by legislative staff and KERS). That amount has increased in part because the system recently lowered its investment return assumption from 7.75 percent to 7.5 percent. A recent analysis of the system actually predicted an even lower rate of return (6.9 percent), meaning the $60 million extra contribution may not be enough. It’s certainly not enough to keep the funded ratio of the system from declining over the next ten years.

As shown in the graph below, the preliminary forecast for revenue growth shows only $278 million in new revenue for 2017. The state currently also expects to have some money in the rainy day fund — roughly $400 million by the end of this budget year if the forecast holds — though that makes for a still-small rainy day fund according to what experts say is needed to prepare for recessions.

Given the size of Kentucky’s pension liability, the problems with our tax system and the needs in other areas of the budget, we won’t be able to grow our way out of this problem. We need tax reform that fairly raises more revenue in order to meet our obligations to teachers and employees while also better funding our schools, health and other critical services.