As the Madison County fiscal court prepares to vote tomorrow on whether or not to raise property taxes in order to fund a new $45 million jail, newly available data shows a significant portion of the jail’s population is people being held pretrial for low-level, nonviolent offenses and who have been deemed low or moderate risk of either failing to appear in court or committing new criminal activity. This data reinforces the need for county-level (as well as state) reforms that reduce pretrial incarceration instead of new and costly strategies to lock up more people.

“Last week, we heard county officials acknowledge that the vast majority — around 80% — of people incarcerated in Madison County’s jail are being held pretrial, which means they are presumed innocent, and many of them simply cannot afford bail,” Kentucky Center for Economic Policy (KCEP) Senior Policy Analyst Dr. Ashley Spalding said. “Why would we build a costly jail to enable these harmful practices to continue? Especially when we know these are folks who are charged with largely low-level, non-violent offenses.”

“I struggle with the knowledge that folks who are presumed innocent, and who statistically are a low or moderate risk to fail to come to court or commit a new crime if released, cannot get out of jail solely because they don’t have the money,” Deputy Public Advocate Scott West said. “Wealthy people who can make cash bail can enjoy their presumption of innocence and work on their defense outside of jail while poor people have to languish inside pretrial. There is no presumption of innocence for those people.”

Frequent use of unaffordable money bail is driving Madison County’s jail overcrowding and must be addressed. In addition to bail reform at the state level, our local justice system can address its pretrial practices as well as the lags in the judicial timeline from arrest to sentencing that have been documented. Investing in a $45 million jail to prop up these unjust practices is the wrong way to go.

Ky. Jails and Prisons Are Over Capacity. New Analysis Suggests It’s Going to Get Worse. 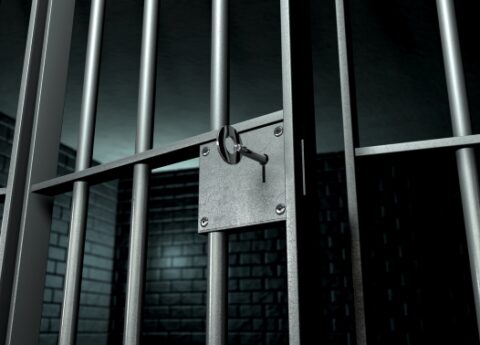