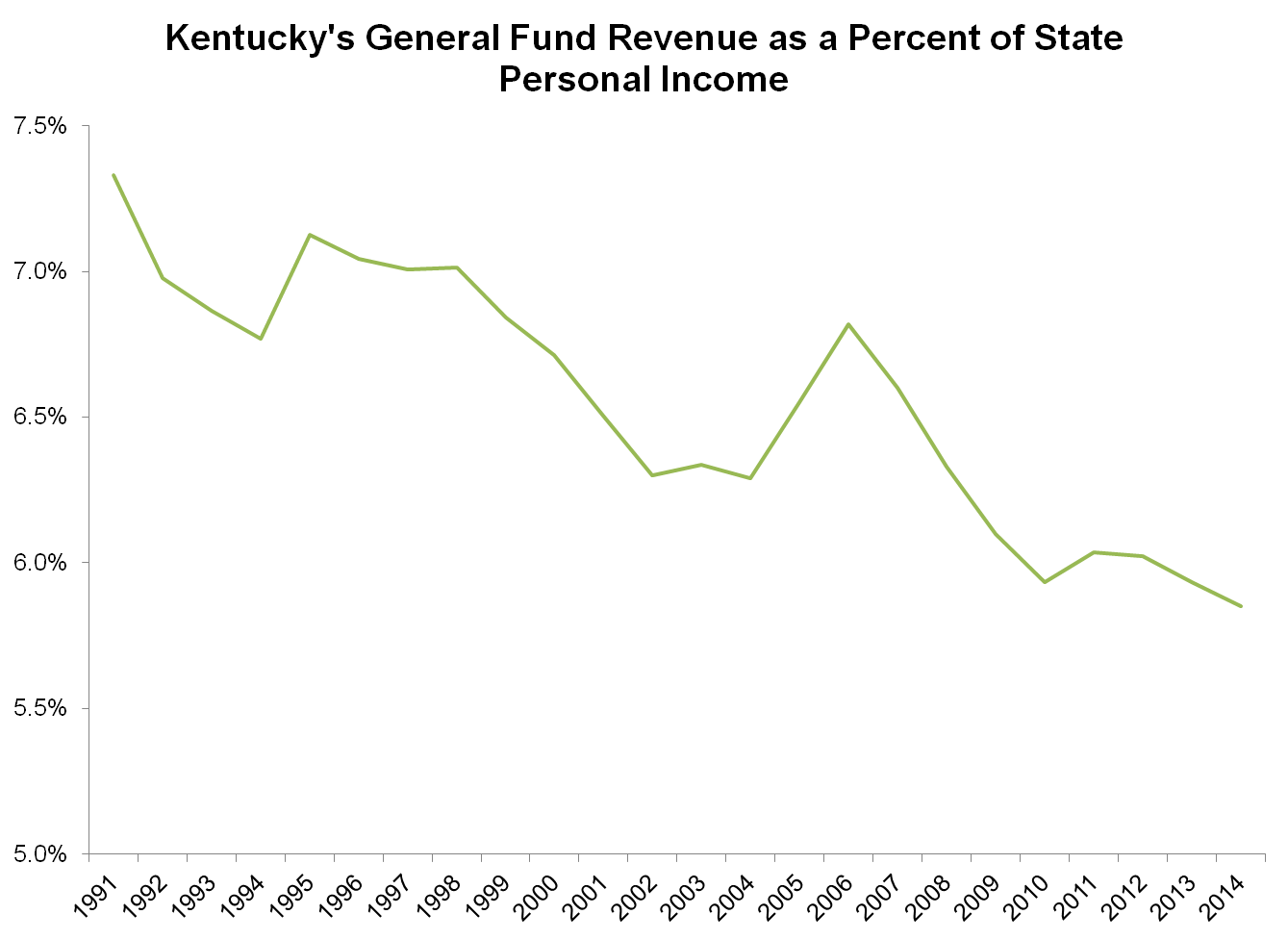 In order to maintain investments in education, health, safety and other services that our citizens, businesses and communities rely on, Kentucky needs revenue growth that keeps pace with the economy. But the latest data show that General Fund revenues are continuing a decades-long trend of erosion, affirming once again that structural problems with the tax system are obstacles to moving our state forward.

As seen in the graph below, General Fund revenue has fallen from 7.3 percent of the state’s economy in 1991 to 5.9 percent in 2014. Since Kentucky has about a $161 billion economy, a one percentage point drop in this number is equal to about $1.6 billion in lost state tax revenue in a budget that only equals $10 billion. 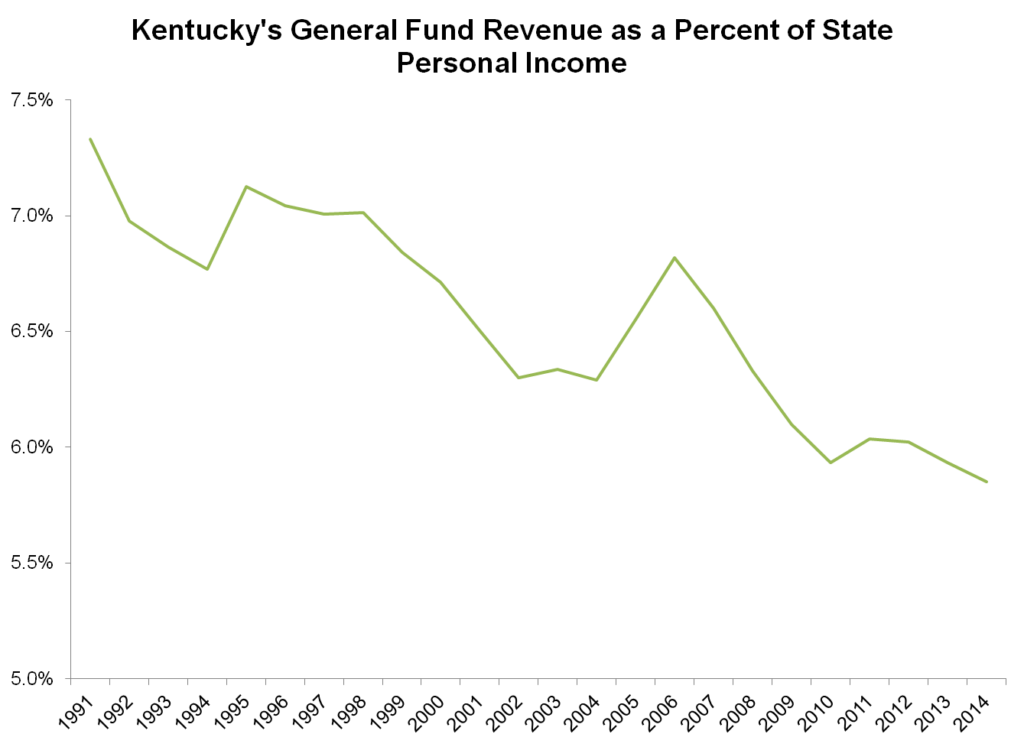 KCEP analysis of data from the Office of the State Budget Director, Bureau of Economic Analysis.

Why are resources shrinking relative to needs? Because despite the well-studied effects of too many costly loopholes, breaks and exemptions in Kentucky’s tax system, we have yet to enact tax reform that generates sufficient new revenue in a sustainable way. Unless we fix those problems, then even during good economic times, revenue will fall short. In fact, experts who testified to the Blue Ribbon Commission predicted that in the absence of tax reform, the gap between what we need to maintain current services and what our revenue system generates will grow by an additional $1 billion by 2020.

The trend is not irreversible. There are specific policies and vital principles that can be the basis of a good tax reform package. Kentucky just needs leaders who are willing to take action.