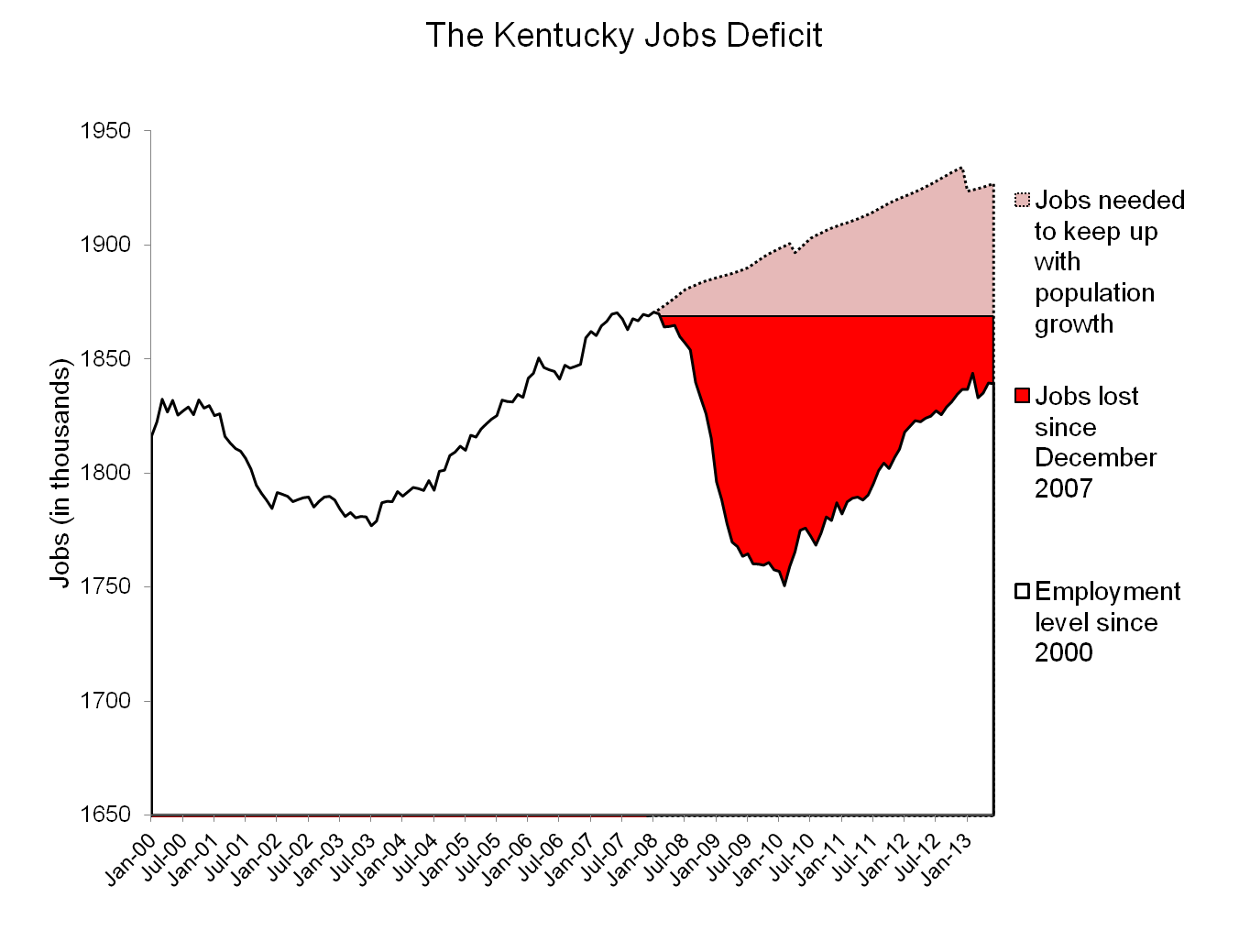 House Republican leaders are calling for even deeper cuts to the food stamps program, known as SNAP (Supplemental Nutrition Assistance Program), after the cuts they considered last month didn’t go far enough for some House members.

The new proposal would immediately kick up to 88,000 Kentuckians off of SNAP, and would curtail states’ ability to provide more than three months of benefits every three years to childless adults who can’t find a job during bad economic times or in a region of high unemployment. The cuts are on top of those that a House committee approved in May and in addition to cuts that will automatically shrink food stamps for all recipients on November 1.

Proponents of more cuts argue that the increase we’ve seen in food stamp participation the last few years is evidence of out-of-control spending. But the reality is that participation remains up because job growth is still slow and unemployment is still high. Even so, the level of food stamp participation is overstated. SNAP caseloads and spending growth have already slowed substantially, and as the economy continues to recover costs will go down.

Kentucky is especially vulnerable to cuts in SNAP because of our continued high unemployment and because regions like eastern Kentucky struggle with chronic poverty. In Kentucky we’ve closed substantially less than half of the gap created by the recession between the jobs we have and the jobs we need to get back to the pre-recession employment rate (see graph below). And just when eastern Kentucky’s economy is made worse by the loss of 5,700 coal jobs over the last two years, House leaders would deny many families access to the basic nutrition and food security that SNAP provides. The new cuts are in addition to cuts proposed in May that would, for example, kick many families off SNAP just for owning a modest car—an essential asset to finding and keeping a job in much of Kentucky.

Cutting SNAP is counterproductive to what should be our main goal: helping the economy grow. Along with unemployment insurance, SNAP is one of the most effective programs for stimulating a faster recovery. That’s because more people become automatically eligible for SNAP as incomes decline during a downturn, and those who receive SNAP quickly spend the money in local grocery stores, thereby creating jobs. Cutting SNAP now, like cuts in the federal budget known as sequestration, weakens an already-sluggish economy.

Claims like those of Congressmen Rogers, Whitfield, Guthrie and Barr that the program needs “reformed” are just wrong. Error rates are at record lows and less than 2 percent of benefits go to households that don’t meet all of the eligibility requirements. Also, most SNAP recipients who are able to work and can find a job in fact do so. The program is designed to make work viable—many who receive SNAP are working low-wage jobs that don’t pay enough for their families to get by.

SNAP is an efficient and effective program to reduce hunger, stimulate the economy and help families make ends meet in hard times. In 2011, it kept 4.7 million Americans out of poverty. Kentucky’s congressional delegation should reject cuts to this critical safety net program, and turn their focus to short-term federal investments that can help bring about the full economic recovery needed in Kentucky and the country.