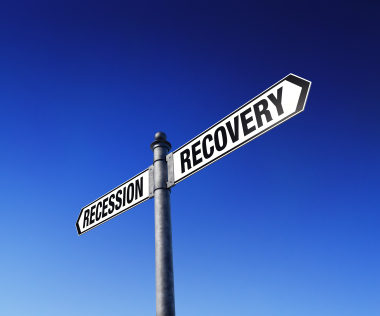 While recent announcements of positive job growth are good news for the country, the difficult economic situation will not end soon and neither will the related challenges for the state budget. The economy fell into a deep hole in the downturn that began in late 2007, and has a long way to go until it reaches pre-recession strength.

Talk of a small possible revenue surplus in Frankfort this year must be put into context. Revenues are still at lower levels than before the recession, while the cost of public services has continued to grow and the need, demand and eligibility for services is higher due to the weak economy. Positive growth numbers must be balanced with understanding of the depth of the downturn.

More On Jobs & The Economy: The Coronavirus Economy in Kentucky: One Year Later

Economy must climb out of a deep hole

When the economy fell into recession following the collapse of the housing bubble and subsequent financial crisis, the drop was dramatic. Between December 2007 and August 2009, Kentucky lost 110,000 jobs–or one out of every 17 jobs we had. By February 2011, Kentucky still had 88,800 fewer jobs than when the recession started in December 2007. The working-age population has also continued to grow over that period, making the gap between the amount of jobs we have and the amount we need even larger. Kentucky now needs 134,126 more jobs to replace the employment that was eliminated and catch up with population growth (Figure 1).

How large is a gap of 134,126 jobs? Employment has been growing at an average rate of only 2,000 jobs a month in Kentucky over the last year. At that pace, it would take 5 ½ years or until 2016 to close the gap. Even that estimate doesn’t take into account the fact that the working age population will continue to grow over that period as well, stretching out the time period for full recovery even further.

Possible revenue surplus must be put in context

The governor’s recent veto retained language in the legislature’s budget bill that assumes $22.4 million in extra revenue for 2011 above the state’s official forecast. The Office of the State Budget Director’s second quarter report provided an interim estimate of an additional $54 million for Fiscal Year 2011 above the forecast.1  The surplus is expected based on larger-than-anticipated corporate income tax revenues (due to high corporate profits) and coal severance tax revenues.

But any potential surplus must be put into a broader context. Even if the extra money materializes, General Fund revenue for 2011 won’t surpass the amount collected in 2008. General Fund dollars in 2010, 2011 and 2012 are each $1.2 billion less than was expected in an August 2007 official state estimate (Figure 3).2

Lower than expected revenue is compounded by spending pressure due to greater eligibility, need and demand for a variety of state services and programs in the weak economy. For example, there are 91,300 more enrollees in Kentucky’s Medicaid program in June 2010 than there were in June 2006.3 And for 2012 there is no additional Recovery Act money, which played a major role in helping fill budget gaps over the years 2009 to 2011.4 Congress looks poised to enact federal budget cuts instead, which could cause additional harm to the economy.

Difficult times are likely to continue in Kentucky for the foreseeable future. Federal leaders should be taking greater action to create faster job growth and a more robust recovery. State leaders should be taking a more balanced approach to ongoing budget challenges rather than narrowly and repeatedly cutting needed public services and investments. Kentucky needs better-funded public services in order to weather hard times, make the most positive contribution to economic recovery and prepare its workers and communities for growth when it returns.

The Kentucky Center for Economic Policy (KCEP) conducts research, analysis and education on important state fiscal and economic policy issues. KCEP seeks to create economic opportunity and improve the quality of life for all Kentuckians. Launched in 2011, the center receives support from foundation grants and individual donors and is an initiative of the Mountain Association for Community Economic Development (MACED).

Tracking the Economic Fallout of COVID-19 in Kentucky