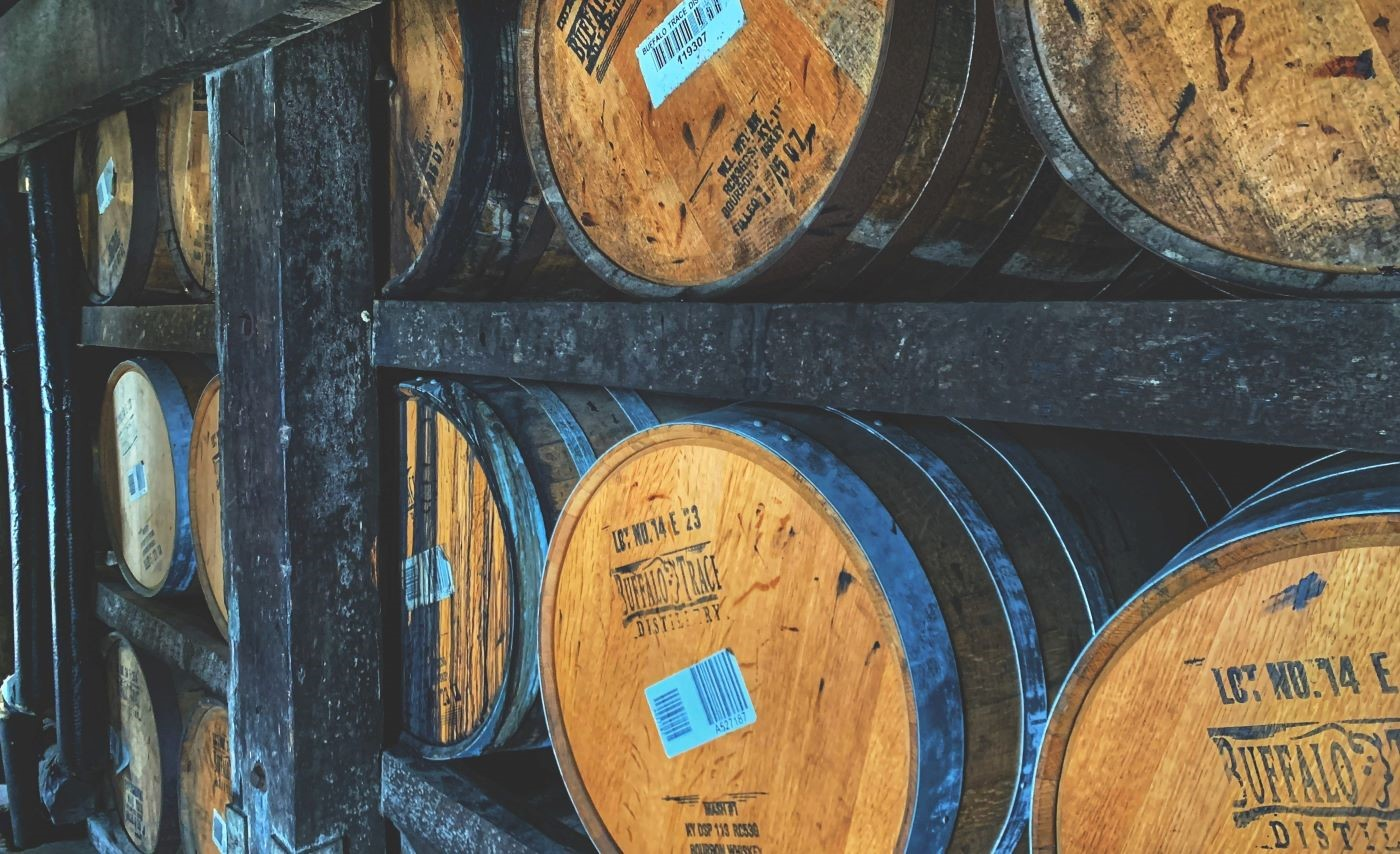 Kentucky’s bourbon and spirits industry had a banner year in 2022, with announcements of over $2.1 billion in new investments and 700 jobs created, both record highs. According to the Kentucky Distillers Association (KDA), 2.4 million full bourbon barrels roll out of distilleries each year, which the trade group calls the highest production rate in modern history. “We don’t mean to brag — or maybe we do,” the KDA says on its website.

Yet the industry is currently asking the commonwealth for a tax break, claiming that the taxes distilleries pay on aging barrels, known as the barrel tax, makes Kentucky less competitive and is causing the Bluegrass to lose ground. How can the industry be booming and suffering at the same time?

A deeper look at the taxes paid by Kentucky’s distillers reveals that recent changes to the corporate tax structure and continued availability of generous corporate tax breaks have resulted in a truly favorable tax environment for the industry. But changes in laws that have led to a reduction of overall taxes owed by the industry  mean older tax breaks aren’t as lucrative as they once were. Now the industry is back in Frankfort asking Kentuckians for a direct subsidy that further increases profits and prioritizes the bourbon industry over much needed investments in education, healthcare, disaster relief and other critical needs.

The barrel tax is a property tax on whiskey aging in warehouses. The state rate is small at just $0.05 per $100 in value, significantly lower than the state’s general rate on tangible property, which is $0.45 per $100. The revenue collected from this tax largely goes to school districts, cities, counties, libraries, fire districts and other local government entities in the areas where distilleries operate.

The bourbon industry began lobbying many years ago for repeal of the barrel tax. The 2014 General Assembly came up with a solution to appease the industry without hurting school districts and local governments — give distillers a 100% credit against the state corporate income tax for the total amount paid in barrel taxes. Lost revenues would then be borne by the state, with school districts and local governments still receiving tax payments. For a time, this credit satisfied the industry. Then in 2018, the General Assembly reduced the corporate tax rate from 6% to 5%, and changed the way multistate/multinational corporations calculate taxes paid to Kentucky, significantly reducing the income taxes the bourbon industry paid to the state.1

Following these changes, and with the ever-increasing number of aging barrels in Kentucky, the income tax liability for most distillers was not sufficient to claim the full amount of the barrel credit. In testimony presented before the Bourbon Barrel Task Force, convened over the summer of 2022 specifically to examine the barrel tax, the industry asked for the barrel credit to be made “refundable” so local governments aren’t harmed, which means the state would send a check to the distiller in the amount the credit exceeds the taxes they owed. For example, if a distiller owed $10 million in barrel taxes but only $8 million in income taxes, it would get a $2 million check from the state, in addition to the cancellation of the $8 million in income taxes. Current law only allows cancellation of the tax liability. Absent that change, the industry suggested a phasing out of the tax over time to allow local governments to adjust to the reduced revenues.

Rapid growth makes it clear the barrel tax is no impediment

Given the unprecedented growth of Kentucky’s bourbon industry, the barrel tax is clearly not the impediment the industry claims. A recent report published by the KDA notes that over 11 million barrels are currently aging in Kentucky, and the number of distilleries has grown from 19 in 2009 to 95 in 2021. Industry representatives told lawmakers last summer: “Kentucky distillers are in the middle of a $5.2 billion building boom, including $3.3 billion over the next five years.” A press release issued by the governor in December of 2022 identifies 26 spirits related projects that received corporate tax breaks in 2022 alone. According to information obtained by the Lexington Herald-Leader through an open records request, between Jan. 2015 and May 31, 2022, there were 96 spirits related tax breaks granted through the Cabinet for Economic Development for an expansion or new project.2

Importantly, each of these distillers made the decision to expand in Kentucky knowing the barrel tax is in place. It was part of the cost benefit analysis the companies conducted before deciding to invest in new infrastructure, and they all decided to invest anyway. Repealing the tax or making the existing credit refundable will only add to the expected profits for the industry, while reducing state tax revenues that could be used to support other critical investments.

Local governments benefit most from the barrel tax, as they should

In considering more tax breaks for an industry that already receives many, it’s important to recognize the costs local governments bear to provide services distilleries need. Distilleries bring with them increased risks of fire and greater infrastructure and public safety needs. For example, officials from Bullitt County testified before the Bourbon Barrel Task Force that they spent more to repair roads damaged in the construction of bourbon warehouses than they received in barrel tax revenues in 2021.

Local governments have also subsidized the construction of bourbon aging warehouses by issuing industrial revenue bonds (IRBs). Property for which an IRB is issued is removed from the tax rolls for the term of the bond, meaning the local governments sacrifice property tax revenue from the warehouse buildings for that time.3 County officials testified before the task force that in many instances, IRBs were issued to support the construction of more warehouses with the promise that barrel tax revenues would grow over time and would make up for lost property tax revenues from the warehouses. Since 2012, local governments have issued over $2.5 billion in IRBs to support the bourbon industry.

It is clear from data presented by the industry itself that the barrel tax has not been an impediment to expansion and growth. The barrel tax is just one part of an overall tax structure that strongly favors the bourbon industry. As a signature industry, bourbon distillers contribute a great deal to the commonwealth, but they ask a lot of the state and local governments as well. As such, there is a corresponding obligation that should continue to be borne by the distilleries and not the Kentuckians at large.

Bourbon is a signature industry in Kentucky that benefits from the commonwealth’s climate, soil and water. Distillers should be proud to contribute to the place that made their success possible, not drain it of resources to benefit their bottom line.