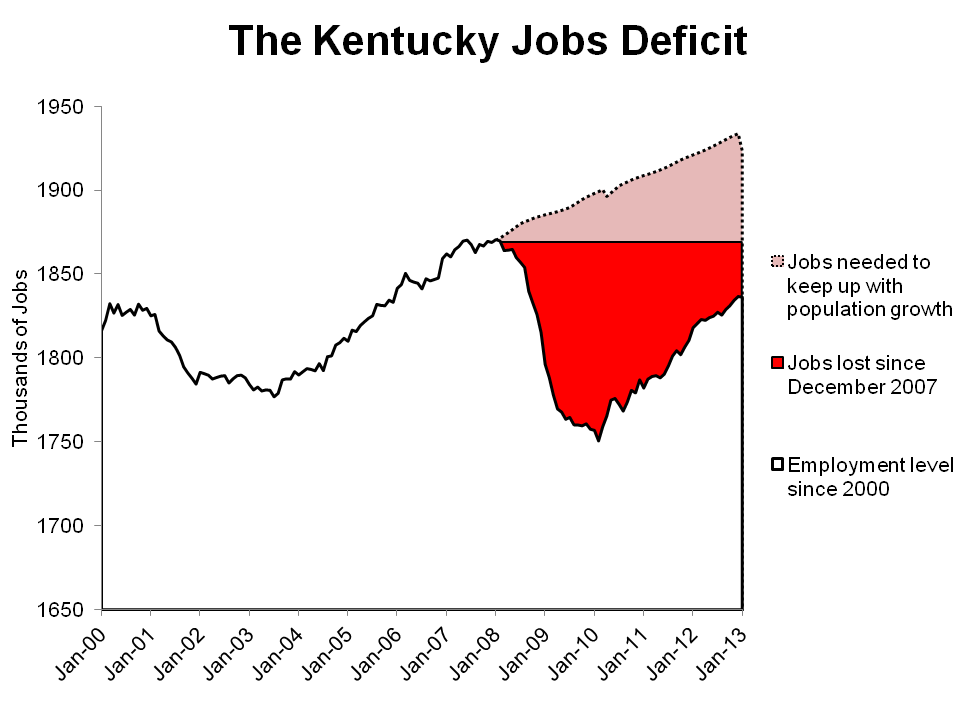 New estimates show that Kentucky has added on average 1,500 net new jobs a month for the last six months and 1,525 a month for the last year. So far, the recovery is only very slowly shrinking the state’s jobs deficit, the gap between the jobs we have and the jobs we need to replace those lost in the recession and catch up with growth in the population.

The state’s job story could be made worse by the impact on the economy of new sequestration-related budget cuts and the elimination of the temporary payroll tax cut at the end of last year. All the more reason the federal budget should include short-term public investment to spur faster job growth and avoid dangerous cuts that will slow the recovery.