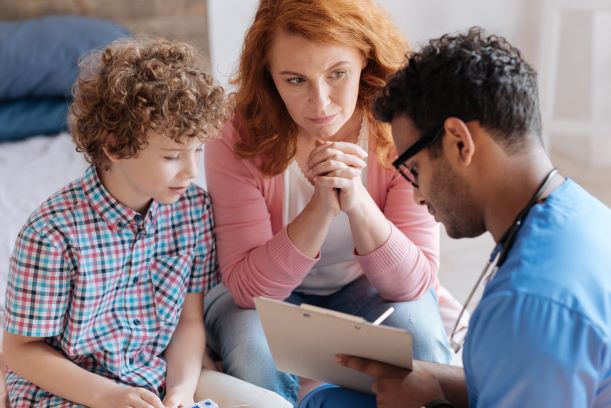 Health insurance coverage for over half a million Kentuckians, and the protections for 2 million Kentuckians with preexisting conditions, will once again be on the line when the U.S. Supreme Court hears oral arguments in California v. Texas early next month.

The Patient Protection and Affordable Care Act (ACA) has survived previous legal challenges and court rulings since its passage in 2010. However, the likely confirmation of Amy Coney Barrett, a critic of the health care law, as the Supreme Court’s newest member places the ACA in significant peril in the coming months.

Millions of Kentuckians don’t see the ACA as an abstract legal or academic question — for them it is the difference between medical care and facing bankruptcy or illness. Because of the ACA, Kentuckians are better able to afford a doctor despite pre-existing health conditions. And as more people get their doctor bills paid for, local economies get a significant boost — including through more jobs. California v. Texas puts all of these gains at stake.

More than 562,000 Kentuckians currently have health coverage because of the ACA’s expanded Medicaid eligibility and insurance premium subsidies. So many people got coverage through these options (many for the first time) that Kentucky’s uninsured rate decreased from 14.3% to 6.4% between 2013 and 2019.

This decline in the uninsured rate after full ACA implementation in 2014 helped reduce long-standing racial and ethnic disparities. The uninsured rate fell from 13.6% to 6.0% for white Kentuckians between 2013 and 2019. But for Black Kentuckians it plummeted from 17.5% to 7.4%, and it decreased from 32.3% to 20.0% for Hispanic/Latino Kentuckians. These gains in coverage have also translated to gains in health, critically important in a state that lags behind in so many measures of well-being.

If the Supreme Court strikes down the ACA, the number of uninsured Kentuckians would nearly triple to 836,000 according to the Urban Institute. That would bring our state’s uninsured rate up to 22% — far above what it was before the ACA became law. Kentucky would see the third-highest increase of its uninsured rate in the nation.

Even among those who wouldn’t immediately lose coverage, the loss of the ACA would be devastating. Without the protections for people with pre-existing conditions in the ACA, nearly 1.8 million Kentuckians could face higher premiums, larger out-of-pocket costs and new annual and lifetime caps in how much an insurance company would pay for treatment. They could even be denied coverage altogether.

These extraordinary new risks would hit people with health circumstances ranging from cancer and heart disease to simply being a woman of childbearing age. Even having recovered from COVID-19, as more than 80,000 Kentuckians have done, could be considered a pre-existing condition that limits access to affordable health insurance.

With so many people avoiding care, struggling with unpayable medical bills or relying on charity care, repealing the ACA would have a devastating effect on local economies, as well. Medicaid expansion and premium subsidies pump over $3 billion into Kentucky every year, which keeps rural hospitals afloat and creates jobs. In fact, when Congress was considering a legislative repeal of the ACA in 2017, the Commonwealth Fund estimated that 44,500 Kentuckians would lose their jobs, not only in health care, but also in construction, retail, and other sectors.

If the Supreme Court, likely including Amy Coney Barrett, rules in favor of dismantling the ACA, the imminent threats to millions of Kentuckians’ well-being and quality of life are clear. Virtually the only Kentuckians who would benefit from repealing the ACA are millionaires, who would see an average tax cut of $68,780 per year according to the Institute on Taxation and Economic Policy.

The ACA didn’t solve all of the problems with our health care system. But it made a real difference, and Kentucky was one of the biggest winners from the ACA’s improvements. With California v. Texas before the Supreme Court in weeks, Kentucky lives and livelihoods are on the line.