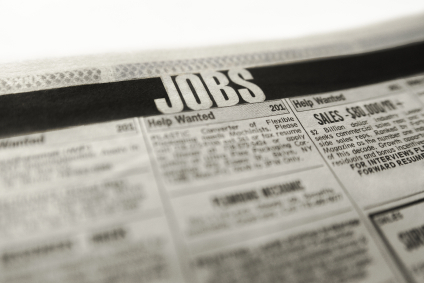 Now that the artificial crisis associated with raising the debt ceiling is over, the country must turn to the big challenge facing it: creating jobs and spurring faster economic growth. Recent Kentucky job numbers suggest an economy where job growth is so slow that employment won’t fully recover in the foreseeable future without greater federal action.

Job Growth Slow and from a Deep Hole

When the economy fell into recession following the collapse of the housing bubble and subsequent financial crisis, the drop was dramatic. Between December 2007 and February 2010, Kentucky lost 117,700 jobs. By June 2011, Kentucky still had 77,800 fewer jobs than when the recession started—meaning we have gained back only one-third of the jobs that had been eliminated. While that means an increase of nearly 40,000 jobs since the start of the recovery, Kentucky needed to gain 50,000 jobs just to keep up with growth in the working age population. That makes the total jobs gap we are now facing at 127,800 jobs (Figure 1).

More On Jobs & The Economy: Tracking the Economic Fallout of COVID-19 in Kentucky

In the last year, Kentucky has been adding only about 1,500 jobs a month on average. At that pace, it would take approximately seven years to close a gap of 127,800 jobs. And keep in mind that the working age population will continue to grow over that period, pushing out the time period for full recovery indefinitely. Without faster job growth, the high unemployment economy Kentuckians now face will exist for a very long time.

Particularly hard hit in the recession were jobs in the manufacturing and construction sectors—industries with jobs historically accessible at decent wages by Kentuckians without a college education (Figure 2). Nearly a quarter of construction jobs that existed before the recession still haven’t returned, and job loss has continued over the last year. About one-sixth of manufacturing jobs were eliminated.

The National Conversation Must Pivot to Jobs

Now that the artificial crisis created around raising the debt ceiling is over, the federal government should turn its attention to job creation. The key problem in the economy is inadequate demand. Spending is too low because unemployment is too high—too many people do not have jobs—and because of the wealth effects associated with the decline in home values. Consumers aren’t spending, and as a result businesses aren’t investing because they do not see the demand for their products and services. The only agent that can do more in the economy is government, which can spur further growth through investments that both help people who are now struggling while also creating conditions for stronger growth in the long-term.

State and local governments must have balanced budgets, so there is little they can do to spur growth now. The primary responsibility lies with the federal government to make smart investments that can turn the economy around. The conversation should include at a minimum doing no harm by extending the unemployment benefits and payroll tax cuts set to expire at the end of the year; making big investments in infrastructure that can both create jobs and increase the nation’s productive capacity; and providing fiscal assistance to states in order to better meet the health, education and human service needs of people dealing with difficult times.

Tracking the Economic Fallout of COVID-19 in Kentucky