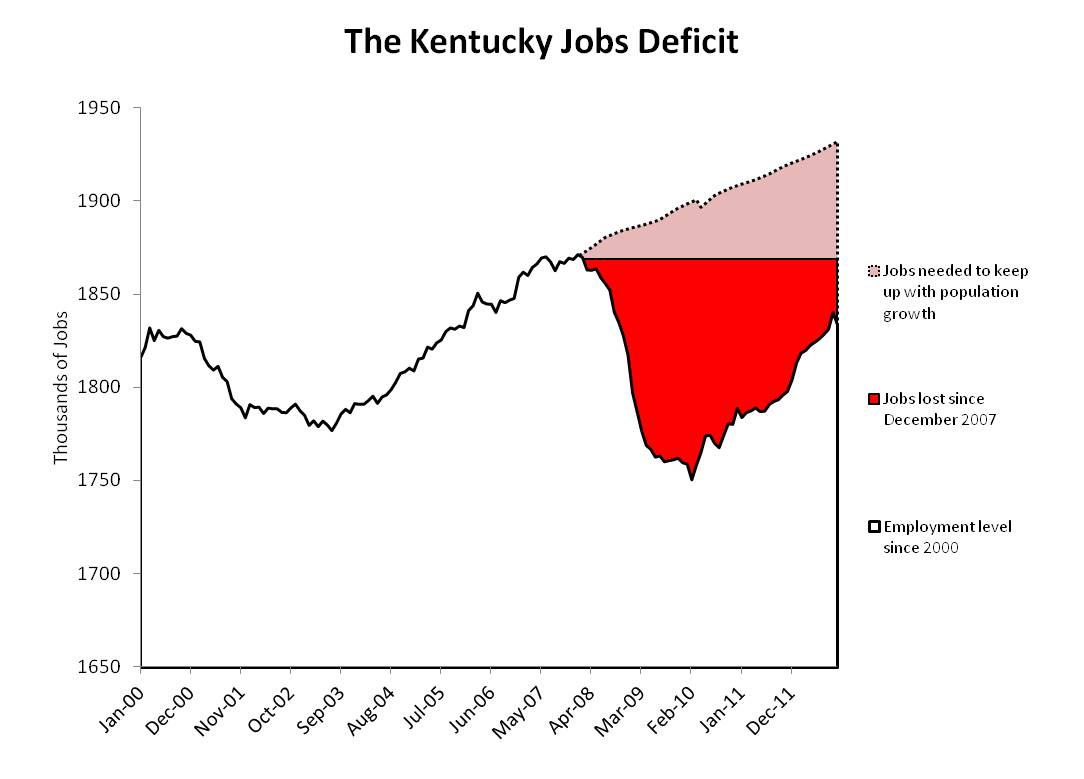 Between the start of the recession and February 2010, Kentucky lost 118,200 jobs. After several years of job growth, that gap has been trimmed to 35,100. However, ongoing growth in the working age population over those years means that the state’s actual jobs deficit has only partially declined. The gap between Kentucky jobs and the number of jobs the state needs to regain its pre-recession unemployment rate stands at 98,300 at the end of October.

Addressing this continued slow job growth through short-term fiscal measures should be a major focus of the budget discussion in Washington. Some ideas are outlined here.