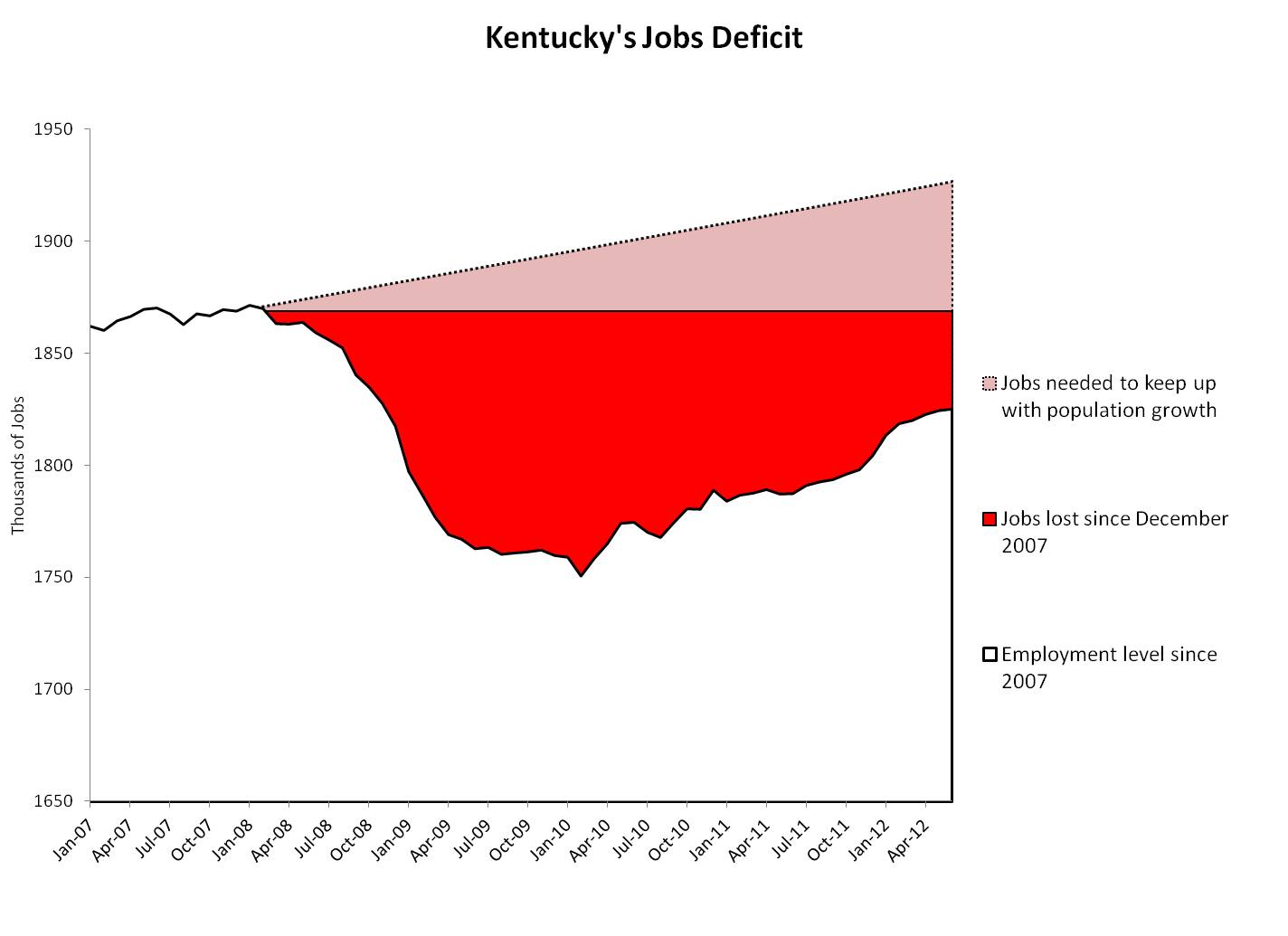 Kentucky added only 700 net jobs in June, again failing to produce enough jobs to make a real dent in the employment gap created by the recession. Kentucky needs to be adding 3,500 jobs a month in order to return to pre-recession unemployment rates within three years. Over the last three months, the state has been adding only 1,700 jobs a month on average.

There are clear ways for Congress to jumpstart employment growth if the will to act were there. It should be providing expanded aid to state and local governments to address deep budget cuts; continuing the payroll tax cut and extended unemployment benefits; and increasing investment in needed infrastructure improvements. Read more about how and why here.