Kentucky is one of the worst states when it comes to cuts in core funding for elementary and secondary schools since the Great Recession, according to a report released today by the Center on Budget and Policy Priorities, a nonpartisan policy research organization based in Washington, DC.

Kentucky is third worst in the country when it comes to cuts to state formula funding for K-12 between 2008 and 2017, with a decline in per student funding of 13.1 percent once inflation is taken into account. This is down from the state’s ranking of 6th worst in last year’s report. Some other facts about the cuts:

This erosion in support has damaging consequences that threaten the quality of education and the state’s economic growth.

“Instead of continuing to slide backward Kentucky should be investing in its communities through education funding,” Ashley Spalding, research and policy associate for the Kentucky Center for Economic Policy, said. “It is sometimes said that the state has protected K-12 core funding. But even with increases to SEEK, once the number of students is factored in along with inflation, these appropriations are experienced as cuts. And compared to other states, we are losing ground.”

Eroding state investment makes it difficult for Kentucky to reach the high academic goals it has set, and the educational progress Kentucky has made due to past investment could be in jeopardy. Poorer school districts feel the state budget cuts particularly hard as they are less able to make up for cuts with local property taxes.  For example, the gap in per pupil state and local spending between the richest 20 percent of Kentucky school districts and the poorest 20 percent is more than 40 percent higher than it was in 2000.

“As this report also shows, following the bad tax proposals in other states of reducing reliance on income taxes would only lead to more cuts to education, something our communities can’t afford,” Spalding said. “Our leaders should instead invest in our communities by ending special interest tax breaks to generate more revenue for our schools.”

The Center’s full report can be found here. 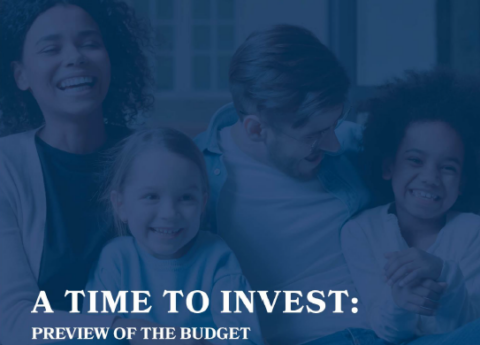 They’re Back: Five Things to Watch as the Kentucky Legislature Returns to Frankfort