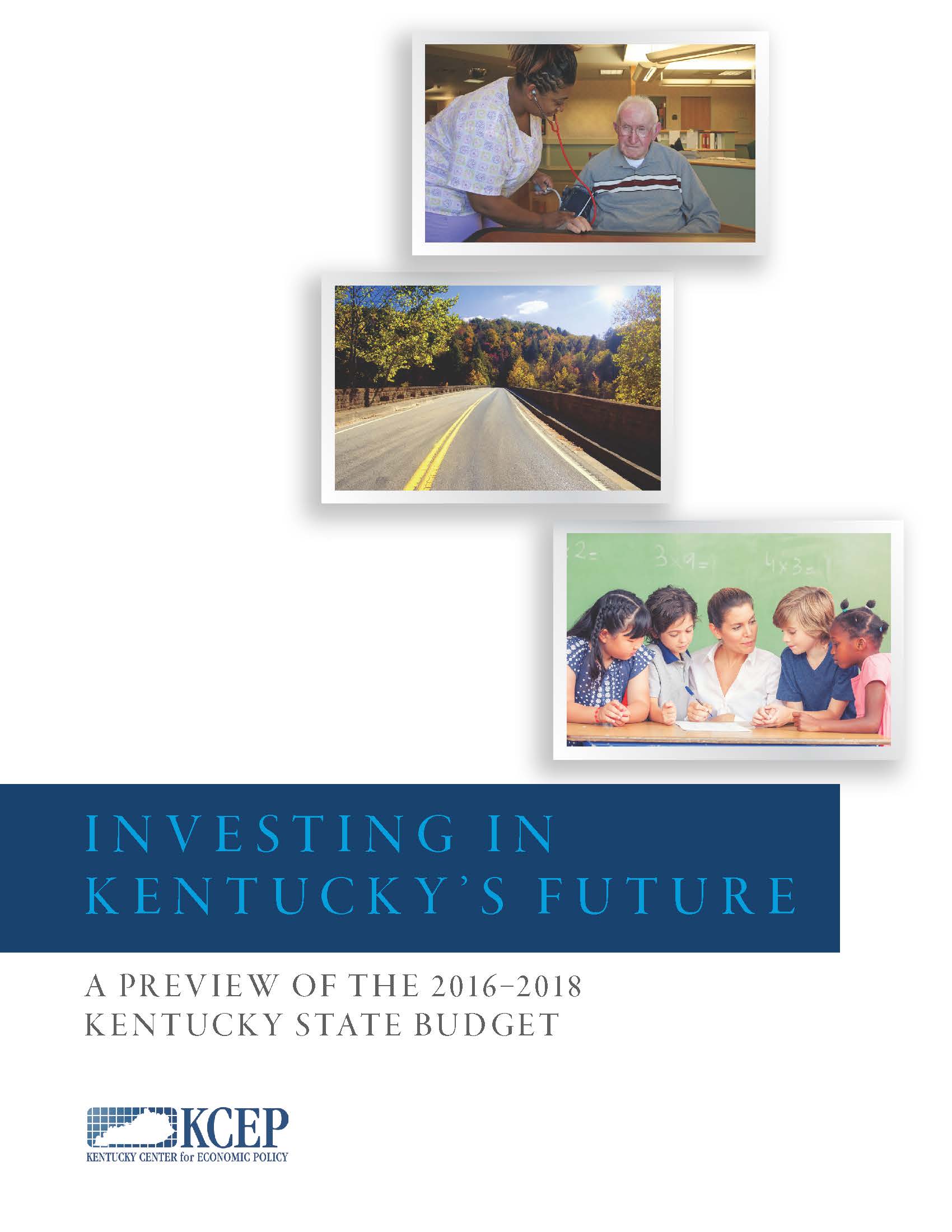 A comprehensive preview of the upcoming two-year Kentucky state budget confirms both a massive funding gap facing the state for the next two years and a need for reinvestment in many areas post-recession.

Authored by the Kentucky Center for Economic Policy (KCEP), the report notes that expected growth in state revenue the first year of the new budget will be at least $500 million less than basic new costs the state will face in pensions, corrections, Medicaid and school population growth alone. More resources will need to be found if Kentucky hopes to roll back cuts to services harmed by 15 rounds of reductions since 2007 or make new investments that could move the state forward.

With a more than $10 billion budget, one way to get back to building thriving communities with strong schools, roads and other necessities is to look at the more than $12 billion the state is giving away in tax breaks.

The 37-page report is broken into two parts – the first section dealing with Kentucky’s budgetary needs and challenges and the second with the state’s broken revenue system. A copy of the report can be found here.