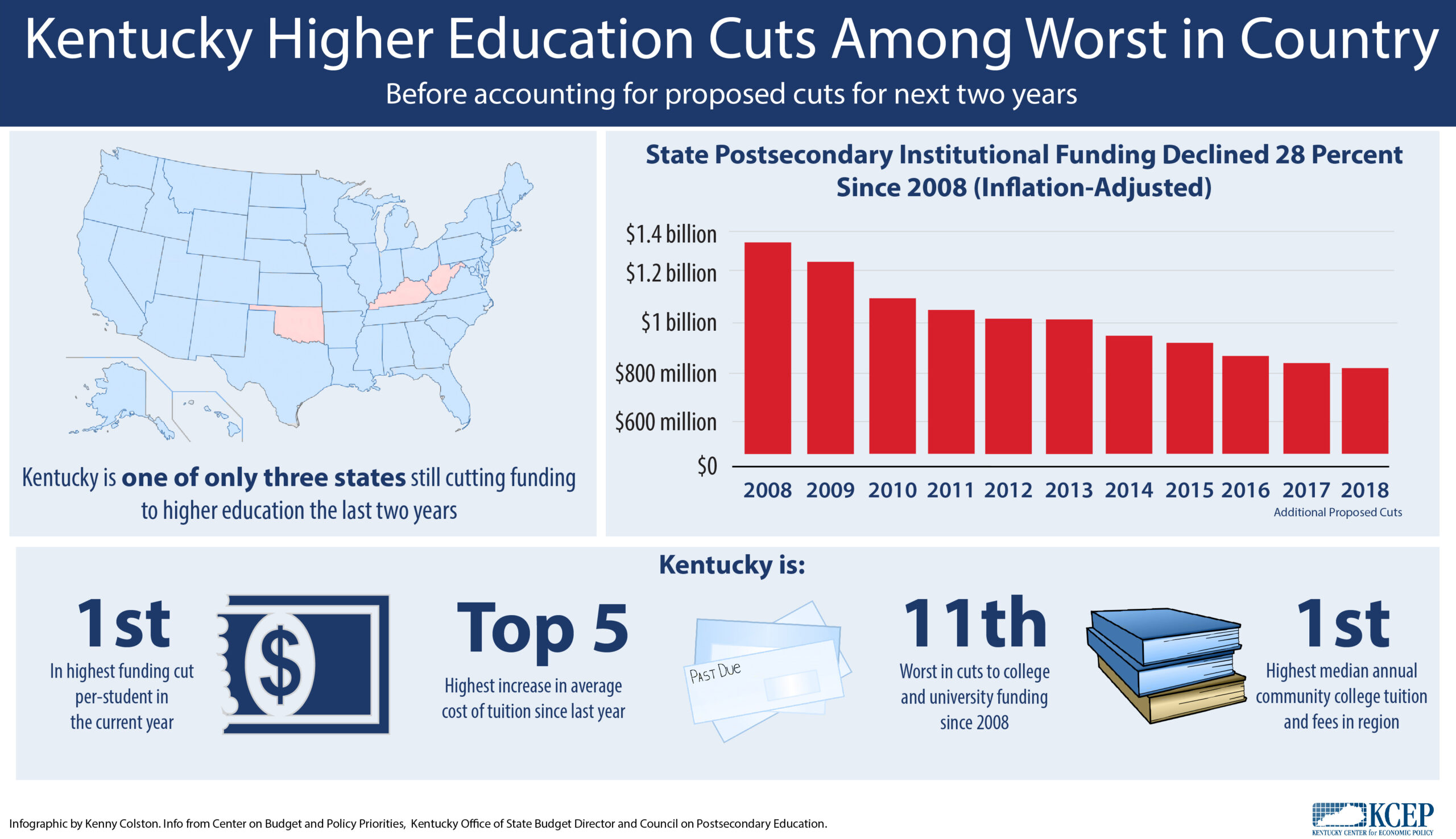 Even as most states have begun to restore funding for higher education after cuts during the recession, Kentucky has continued to reduce funding as outlined a report from the Center on Budget and Policy Priorities. Continued cuts will make it harder for the state to grow and attract businesses that rely on a well-educated workforce.  To reverse these disturbing trends, Kentucky needs to make higher education a greater priority. In order to make sure the Commonwealth has enough money to fund higher education adequately, lawmakers need to commit to revenue-raising tax policies rather than tax breaks like the state’s recent expansion of its film tax credits, which will cost the state millions of dollars each year. 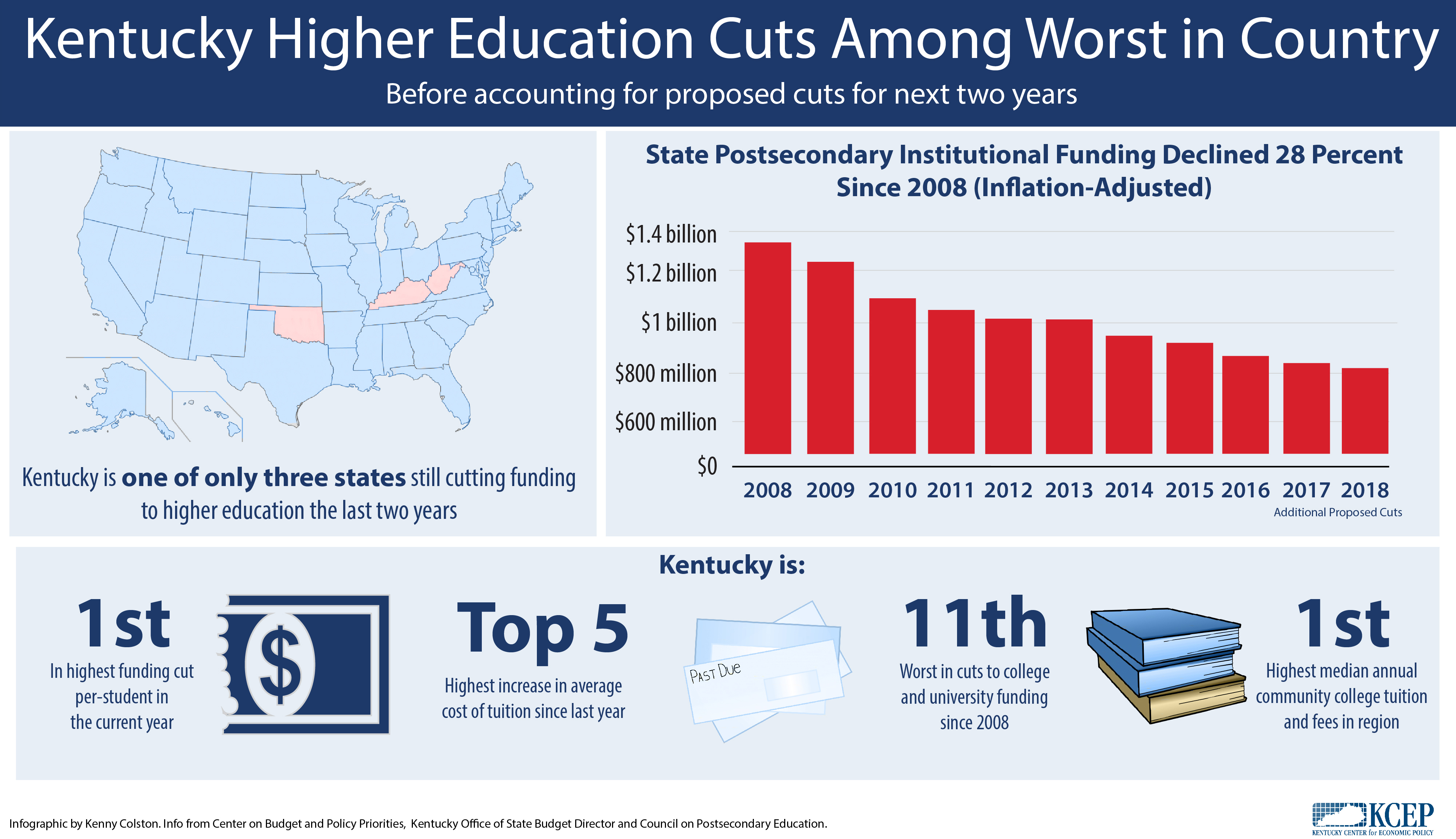