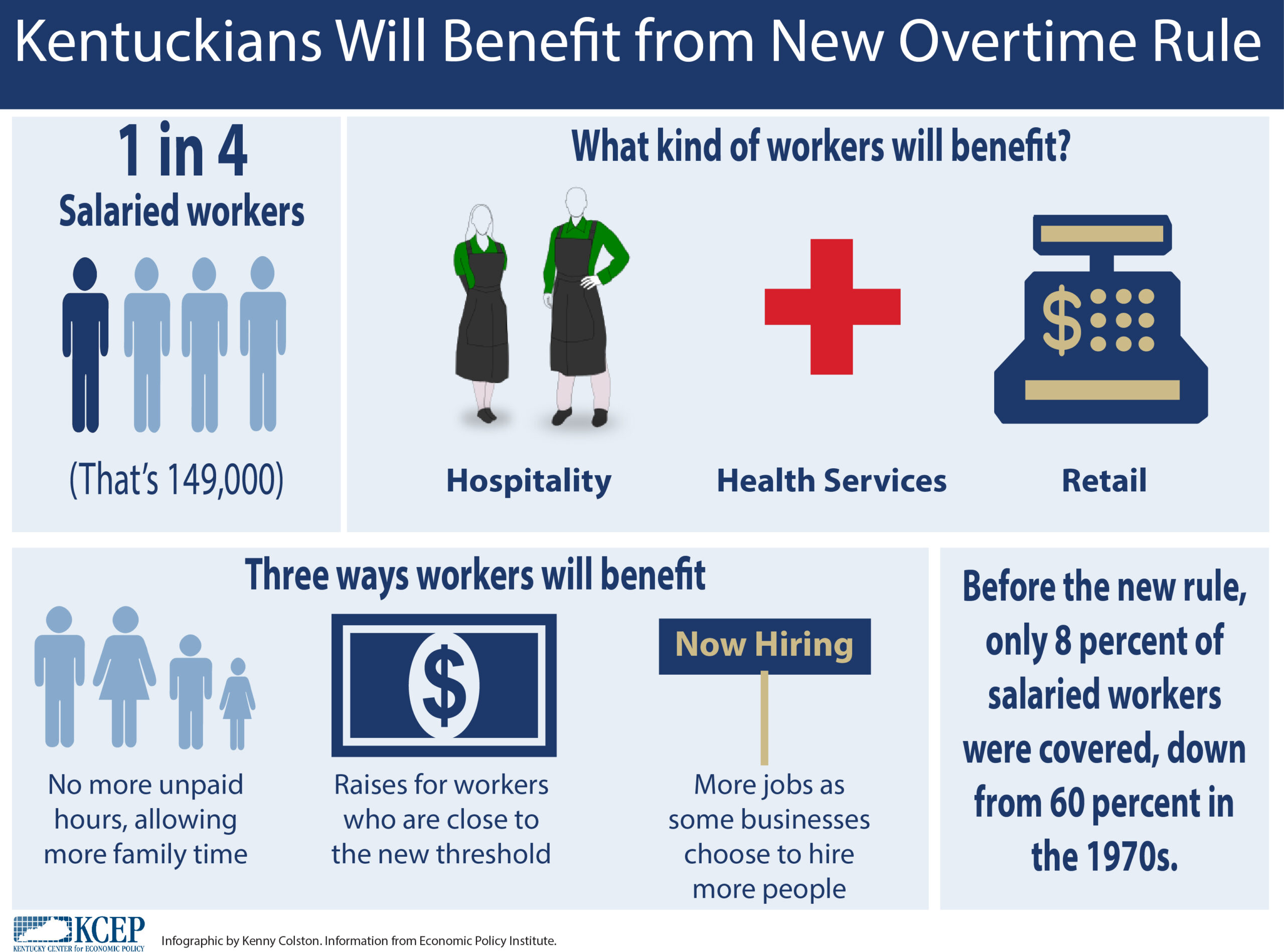 An estimated 149,000 salaried Kentucky workers will become entitled to overtime protections under President Obama’s increase to the overtime salary threshold announced in May, according to an analysis from the Economic Policy Institute (EPI). Over the years, this threshold has eroded, and the change will mean protections from unpaid hours for many low salary workers, an increase in jobs as employers must rely less on unpaid labor and salary boosts for some workers. Recently, several governors, including Kentucky’s, filed a lawsuit against this new rule. But this update to fair labor standards is greatly needed to raise wages, protect workers and improve work-life balance, as this infographic shows. 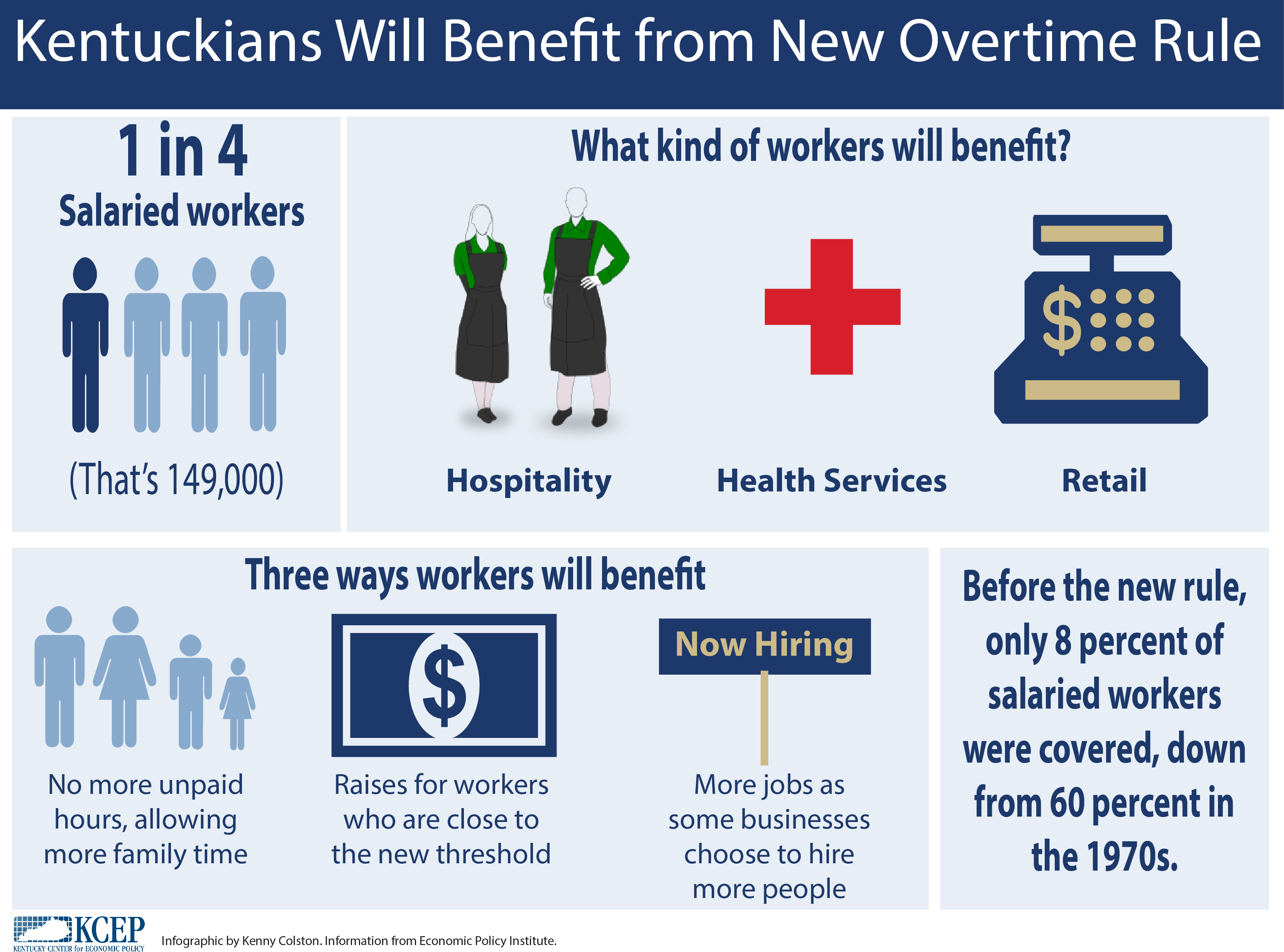