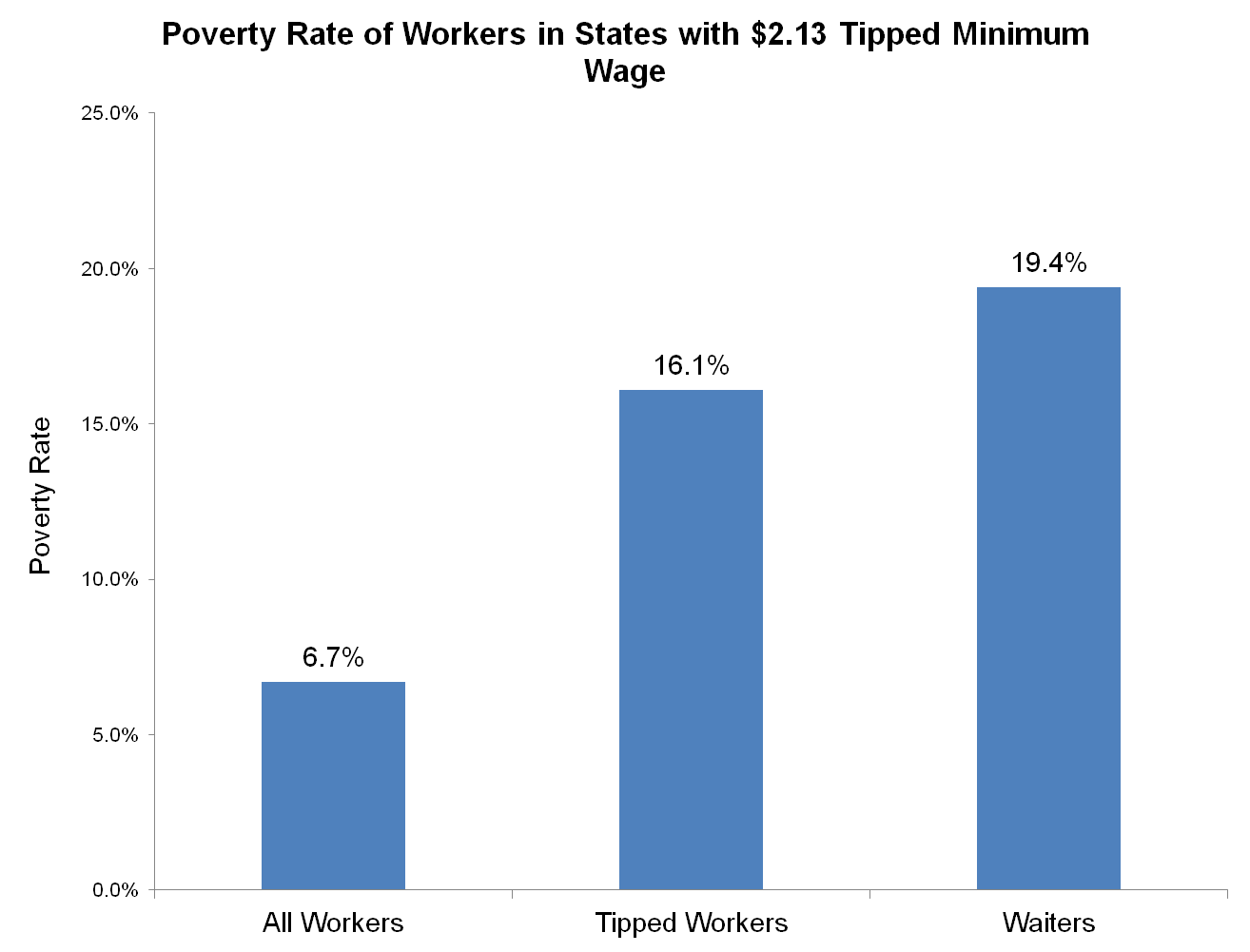 Stagnant or falling real wages for many Kentucky workers threatens their standard of living and is leading to growing income inequality. One of the causes of inadequate wages is the failure of state and federal governments to adjust the minimum wage to keep up with inflation. That neglect includes the minimum wage for tipped workers, which has not been increased in 23 years.

Here are the reasons why raising the tipped minimum wage makes sense:

Tipped workers are a growing portion of the workforce, and many of them don’t make enough in wages to avoid poverty

The sectors that employ tipped workers have been growing in recent years. Employment in the industry “food services and drinking places” has increased 15.1 percent since 2003 while total employment has increased only 2.3 percent over that time.1 That mirrors national trends, where the growth in tipped employment far exceeds job growth in general over the last decade. So while the economy has shed jobs in manufacturing, construction and other sectors, the workforce is increasingly made up of service sector jobs, including jobs that rely on tips.

Kentucky is one of 13 states in which the tipped minimum wage is still only $2.13 an hour, where it has remained since 1991. Tips are supposed to increase workers’ total wages to more acceptable levels, but the reality is that many tipped workers don’t make enough to avoid poverty.

Other challenges with tipped work exacerbate the low wages. Income from tips is volatile and subject to a variety of factors like shift assignments, season of the year and the economy. Odd hours can make child care difficult to find and expensive. And these jobs are often physically demanding. Constant contact with customers subjects workers to illness that can mean lost work time.

The impact of the minimum wage on employment is one of the most studied questions in economics, and the overwhelming conclusion is that modest increases have little to no impact on employment. That’s because businesses have multiple channels of adjustment to use besides shedding jobs in response to a higher minimum wage. Higher wages can be absorbed through reduced worker turnover and training costs, compressed wages at the top, improvements in organizational efficiency and a variety of other means.