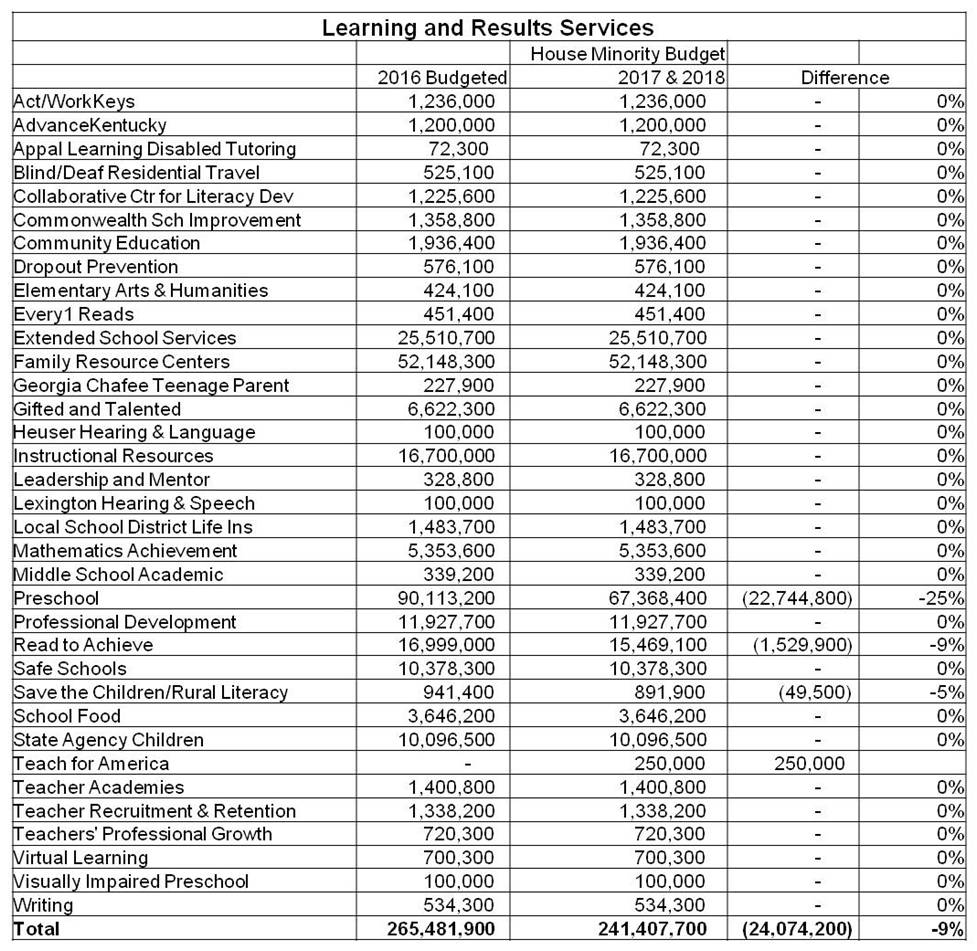 The House minority budget presented today keeps the governor’s proposed deep cuts to education and just makes modifications to how those cuts are implemented.

However, unlike in the governor’s budget, the House GOP’s plan specifies where those cuts will fall. It deeply cuts funding for preschool by 25 percent, or $22.7 million below the 2016 level, and also cuts Read to Achieve and Save the Children funding to generate the resources to flat-fund other programs (see table below). There is language allowing some flexibility for districts to move money from four of those programs to preschool.

The budget also includes the nine percent cuts to higher education that the governor put forward. It doesn’t subject any of the appropriations in the second year to a performance-based system, though it does include a task force to develop such a system. Like the governor’s plan, the House GOP budget also doesn’t increase funding for the need-based financial aid programs — known as CAP and KTG — that help offset the costs of higher education for low-income students and are intended to be funded by law from lottery monies.