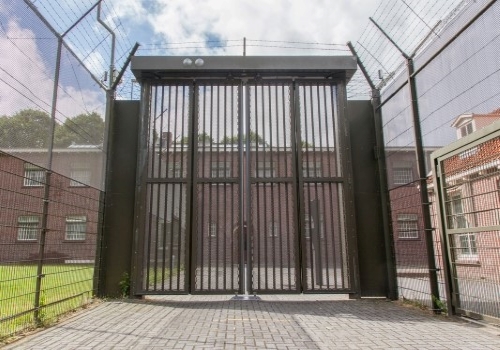 Kentucky is currently in the midst of an overdose crisis, particularly with fentanyl, a synthetic opioid that when pharmaceutically prescribed can be used to treat pain but when acquired illegally and/or unknowingly can cause harm or death. While the overdose crisis is a serious problem that needs to be addressed, increasing punitive criminal sanctions for fentanyl distribution, as does House Bill (HB) 215 which passed out of the House Judiciary committee last week, will only result in people being incarcerated longer while failing to address the real problem.

Under current Kentucky law, importing is defined as transporting a controlled substance into Kentucky with the intent to distribute or sell, while trafficking in the first degree is defined as selling or otherwise distributing a controlled substance “knowingly and unlawfully.” While other controlled substances carry quantity minimums for being convicted with importing or trafficking, importing or trafficking in any quantity of carfentanil, fentanyl, or fentanyl derivatives allows people to be harshly convicted with a Class C felony, which carries a sentence of 5 to 10 years. Aggravated trafficking – which applies to quantities of 28 grams or more of fentanyl, or 10 grams or more of carfentanil or fentanyl derivatives – is a Class B felony, which carries a sentence of 10 to 20 years. In addition, under current law, people convicted of any of these offenses must serve at least 50% of their sentence before being eligible for release.

HB 215 doesn’t create a new crime, but instead significantly increases already harsh penalties on existing crimes. If passed, HB 215 would require any individual convicted of importing, trafficking or aggravated trafficking of carfentanil, fentanyl, or fentanyl derivatives to serve at least 85% of their sentence before being eligible for release. In addition, HB 215 prohibits pretrial diversion for anyone charged with one of these offenses.

While ostensibly targeted to stop trafficking, in reality, policies like HB 215 rarely interrupt major drug distribution systems or imprison high-level traffickers. Research shows that incarcerating more people for selling drugs does not reduce the supply of drugs or make communities safer because others step in as long as demand remains high. Instead, policies like HB 215 mostly harm low-level drug users. There is a great deal of overlap between people who sell drugs and people who use drugs, and these are the people who by and large end up incarcerated under these statutes – not the “kingpins” the statutes are purportedly designed to punish.

Because the definition of importing and trafficking allows for the transfer of any quantity of carfentanil, fentanyl, or fentanyl derivatives to another person, people who are users sharing what they have with others can be charged with trafficking even if they never sell anything to anyone. Under HB 215, such individuals would be subject to even harsher penalties than they already are under current law. In comparison, conviction for possession of carfentanil and fentanyl is a Class D felony which carries a sentence of 3 years or less – still a long time, but far less than the 5 to 10 years of incarceration that accompanies a trafficking or importing conviction. Additionally, Class D felonies allow other sentencing options, including pretrial diversion opportunities, and do not require that a minimum amount of time be served before an individual is eligible for release.

HB 215’s House Committee Substitute 1 (HCS1), which passed out of the House Judiciary Committee this week, amends the original bill by requiring an amount of at least 1 gram rather than any quantity for a person to be charged with trafficking of carfentanil, fentanyl, or fentanyl derivatives. Though a slight improvement over the original bill, the proposed legislation is still problematic because the importing penalty still has no minimum volume requirement, the volume requirement for trafficking can be applied over multiple transactions over a 90 day period, and the penalties still apply to people who aren’t actually selling drugs.

Kentucky has been one of the states hit hardest by the opioid health crisis, and in recent years has seen a dramatic increase in fentanyl deaths. According to the 2020 Overdose Fatality Report, of the 1,964 reported overdose deaths in Kentucky (a 49% increase from 2019), fentanyl was involved in 1,393 cases, approximately 71% of all cases. However, despite over a decade of new drug felony bills, including HB 333 in 2017 that increased penalties for fentanyl, Kentucky is among the 10 states with the highest overdose death rates. Creating new crimes and making penalties harsher for existing crimes hasn’t worked to address the opioid health crisis. HB 215 will cause further harm by requiring people to stay in prison even longer.

Research shows increasing criminal penalties and sentences for drugs does not reduce substance use and in fact causes many harms. An analysis by Pew examined whether and to what degree high rates of imprisonment for drug offenses affect the nature and extent of the nation’s drug problems. If imprisonment was an effective deterrent to drug use and crime, then states with higher rates of imprisonment for drug offenses would expect to see lower rates of drug use among their residents, other things held constant. However, when Pew compared state imprisonment rates for drug offenses with three important measures of state drug problems – self-reported drug use rates (excluding cannabis), drug arrest rates and drug overdose death rates – no statistically significant relationship was found.

Extending the required sentence served from 50% to 85% will not serve as a deterrent to using and distributing fentanyl. Research (such as by leading criminologist Daniel Nagin) shows that increased criminal penalties don’t work to deter people from committing offenses. Many people who commit crimes are not aware of the punishment or sentence for their crime, and for people who are aware, there may be a diminishing shock value of sentences becoming even lengthier. Extending sentence lengths for fentanyl can also potentially exacerbate current racial disparities in sentencing and incarcerated people; according to a 2020 report, 75% of people serving federal sentences for trafficking fentanyl were people of color.

Being incarcerated also correlates with poor health outcomes and reduced life expectancy, and people who are incarcerated experience greater financial instability and hardship, poorer mental health and higher rates of substance use and overdosing. Further criminalizing drug use has many negative public health effects on drug users, such as driving drug use underground and increasing the likelihood of people not seeking medical attention. This effect increases the risk of contracting transmissible diseases such as HIV, and discourages access to emergency services, risk reduction practices and overdose prevention. Additionally, studies at the national, state and local level have shown that sending people who used drugs to jail/prison leads to higher rates of mortality. In a retrospective longitudinal study conducted over a 30-year time period, a 1 per 1000 within-county increase in jail incarceration rate was associated with 2.6% increase in mortality induced from substance use, and multiple studies have shown that the leading cause of death for people formerly incarcerated during the period immediately after release from prison is drug overdose.

The Kentucky General Assembly should reject HB 215. Instead of making sentences for fentanyl importing and trafficking even harsher than they already are, the Kentucky General Assembly should reverse punitive criminal penalties and implement policies and fund programs that address substance use disorder. These include expanding access to mental and behavioral health treatment, creating more opportunities for people to be diverted to treatment in the community at the pretrial stage, and generally ensuring people have access to the critical supports they need to thrive.