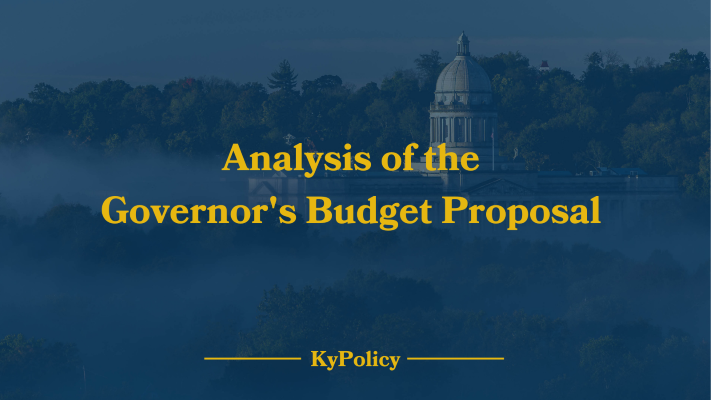 The governor’s proposed budget uses the unprecedented recurring and surplus dollars available to reinvest in a range of areas with a focus on higher core funding for K-12 and higher education and expanded educational investments like universal pre-school for 4-year olds. The governor’s plan includes modest employee raises and significant one-time investments, including for broadband and large infrastructure projects. And the budget spends $1 billion in remaining American Rescue Plan Act (ARPA) money with a focus on hero pay, water projects and COVID-19 mitigation.

In total, the governor’s budget spends approximately $1.1 billion more in General Fund dollars than what the House proposes over the biennium. At the same time, the budget makes full pension contributions plus an additional $750 million to the pension plans and leaves $1.76 billion in the rainy day fund. At 12% of the annual budget, that level of savings is a very aggressive amount for this point in the recovery, and already positions the state well for the next recession.

The governor’s budget raises the SEEK base per pupil guaranteed funding level from $4,000 this year to $4,300 next year and $4,500 the year after and includes funding for full-day Kindergarten in the calculation. Base funding is a combination of state and local school district dollars, and the state portion of total base funding increases in the governor’s budget from $2.082 billion in 2022 to $2.201 billion in 2023 and $2.281 in 2024. In contrast, in the House budget state SEEK base funding is $2.044 billion in 2023 and 2024.

After adjusting for inflation, state base SEEK funding goes up in the governor’s budget but continues to be stagnant in the House budget, as shown in the graph below.

The governor’s plan increases total SEEK funding, which includes base funding as well as other elements like transportation and totals slightly more than $3 billion, by 14.4% in 2023 and an additional 2.2% in 2024. In contrast, the House increased total SEEK funding by 4.6% in 2023 and cuts it by 0.3% in 2024. The governor’s budget includes an increase in the amount that goes to K-12 student transportation from $214 million to $390 million each year, covering the full cost of transportation for the first time since 2004. The House budget had included only $274 million each year, and had distributed the additional funds in the same dollar amount for each school district rather than proportionally based on district transportation costs.

The governor’s budget includes universal preschool for all 4-year olds, at a cost of an additional $172 million, whereas the House budget included no additional money for preschool. The budget includes $11.9 million for teacher professional development, as was proposed in the House. The governor included $11 million for textbooks, which received no funding in the House budget. The governor also includes $2.5 million in annual operating grant funding for local libraries that is required under law, whereas the House budget did not include this funding. There is also an increase in funding for Family Resource and Youth Service Centers (FRYSCs) in the budget, though less of an increase than what the House proposed. The per student amount for FRYSCs in the governor’s budget increased from $184 to $200, and the House increase is to $220.

Also included in the governor’s budget and not in the House budget:

The plan includes a minimum 5% raise for teachers and other school employees (in addition to rank and step salary increases), and also includes $26.3 million each year for a new student loan forgiveness program providing up to $3,000 each year toward teachers’ loan debt. The House budget did not require a raise and included no loan forgiveness.

The budget increases base funding for higher education institutions by 8.3% in 2023 beyond the revised 2022 funding level and 5.9% in additional funds in 2024. In contrast, the House budget had increased funding by 6.7% in 2023 with a 1.2% additional increase in 2024, and put all of the additional money into the performance funding pool, which tends to provide little or no money to institutions with more low-income students and students of color (the governor did not put the increased dollars in the performance pool). As shown in the graph below, the governor’s proposal would do more to improve the trajectory for higher education institution funding than the House plan. The governor’s budget also includes $23 million in stabilization support for Kentucky State University, which was not in the House budget although a separate bill would appropriate those funds.

Supported by an increase in lottery revenues, the budget includes the full statutory funding for college financial aid, a 44% increase in funding for College Access Program (CAP) need-based scholarships compared to the prior budget (the House budget also increased this funding with a 42% increase). The governor’s budget increases the maximum CAP award from $2,900 to $3,100 in 2023 and $3,300 in 2024; the House budget had not increased the amount of the scholarship. The governor’s budget also includes $16 million in 2023 and $28 million in 2024 for the Better Kentucky Promise Scholarship that provides “last dollar” community college tuition and fee funding. Promise Scholarship funding was not included in the House budget.

The governor’s budget includes a 6% salary increase for state employees effective May 1, but no increase in the second year. Excluded from that raise are certain social services, family support, correctional, and juvenile justice employees that received an increase through the governor’s action on December 16th. The House budget had provided a 6% increase in salary in 2023 on each employee’s anniversary hire date and no increase in 2024. A 6% raise is below current inflation levels, and does not allow overall employee compensation to begin making up ground lost over the last decade.

The budget does include separate targeted increases in salaries for certain employees. The governor had previously put in place a 10% pay increase for social workers, correctional security workers and juvenile facility youth workers. This budget also includes $2.1 million a year for a social worker loan forgiveness program that provides up to $3,000 each year. The House had included a $4,800 retention increase for existing social workers each year of the budget. Like in the House plan, the governor’s plan includes a $15,000 increase in state police salaries and an $8,000 pay increase for telecommunicators. The governor also separately proposed moving state police, corrections staff, and juvenile justice staff back to a defined benefit pension plan as opposed to the hybrid cash balance plan all state employees have been in since 2013. The budget does not include a specific increase in the public defenders’ salaries, which the House had proposed.

Also increased is funding for staffing at local health departments, as were contained in the House budget. The governor’s budget includes 100% of the pension costs for health departments, community mental health centers and regional universities and community colleges as opposed to beginning to phase down state support per House Bill 8 that passed in 2021, which is what the House proposed in their budget.

The governor’s proposal brings back funding for the Commission on Women and the Office of Minority Empowerment, which were not funded in the House budget, and adds $300,000 to budget of the Commission on Human Rights. The budget also contains significant increases for domestic violence, child advocacy and rape crisis centers from $500,000 apiece annually to $2.5 million per year for domestic violence centers, $1.7 million for rape crisis centers and $1.3 million for child advocacy centers.

Among the capital projects and one-time investments in the governor’s budget are:

The state has $1 billion of ARPA State Fiscal Recovery Fund monies remaining that it can use to respond to the pandemic and negative health and economic impacts, provide bonus pay to essential workers, prevent cuts to public services and/or invest in water, sewer and broadband infrastructure. The governor’s budget proposal allocates all of the remaining resources. The largest appropriation is $400 million for bonus pay to essential workers including health care, child care, transportation, sanitation, grocery, and public health and safety workers who regularly perform in-person work, interact with others at work, or physically handle items handled by others. Eligible workers must have worked for the two-year period from March 6, 2020 to March 6, 2022.

Also paid for through ARPA funds would be:

In contrast, the House plan appropriates only $350 million for water and wastewater projects, $312 million too put additional dollars into the unemployment trust fund, which has the effect of lowering business taxes, and $14.7 million for COVID-19 testing in behavioral health facilities. Separately House appropriations leadership has filed HB 315 which would spend an additional $300 million on broadband.

Kentucky goes into this budget with a rainy day fund of $1.5 billion, or 12.4% of annual spending — a larger amount than the state has had in the fund since it was created. The governor’s budget adds $250 million to that amount to bring it to $1.76 billion. At 12% of the state budget, that far exceeds the 5% goal set in statute and is an aggressive amount to begin preparing for the next recession this far in advance. In contrast, the House budget leaves approximately $2.6 billion unspent despite the state’s many needs. That includes $1.5 million in the rainy day fund and an additional $1.1 million in unappropriated dollars. At 18% of the budget, the House leaves far more money on the table than the state needs to prepare for the next recession, and sidelining too much money will make our recovery from the pandemic less robust than it can and should be.