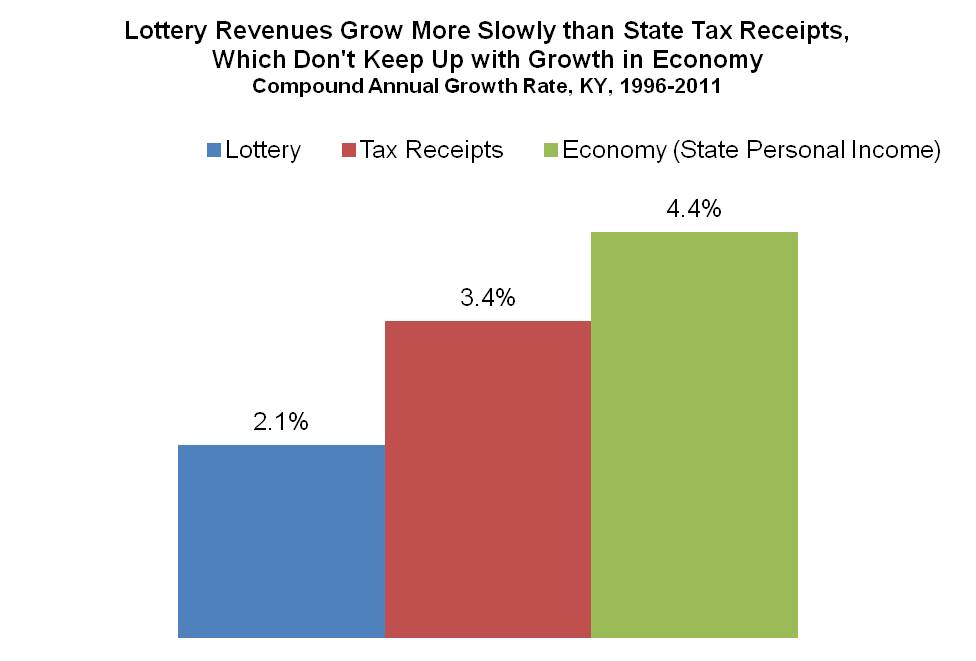 The House has proposed generating new revenues for the state pension system by expanding the lottery and utilizing revenues from instant racing. However, the plan generates only a portion of the funds needed to make the annual pension payment, while gambling revenues tend to grow slowly over the long-term. If such a proposal advances, it should not replace the need for state tax reform that generates additional and sustainable revenues.

According to the speaker’s February 26 presentation on the proposal, the House does not expect these new gambling options to generate enough revenue to make the full annual pension payment. Projections show an average of an additional $53 million a year in the first biennium growing to $92 million a year by 2020-2022. But the pension system needs $100-$120 million more annually starting the first year. Without more revenue, additional budget cuts will be necessary to make up the difference.

While the presentation predicted strong growth in new gambling revenues for the first six years as the Keno, i-lottery and instant racing games mature, the long-term viability of gambling revenues is also important; the unfunded pension liability is a recurring cost that must be paid off over a 30-year period. State contributions to the pension system will need to grow 3.9 percent per year according to the actuarial analysis for Senate Bill 2.

Also, because we haven’t passed tax reform, tax revenue growth itself is poor–revenues don’t grow fast enough to keep up with growth in the economy, causing broader budget problems. According to consultants to the governor’s tax reform commission, the current tax system’s inability to keep pace with economic growth will result in an additional budget gap of over $1 billion by the end of the decade.

If the legislature moves forward with the House’s revenue proposal, the state will still need to act on tax reform that fairly generates additional needed dollars—both for the pension gap and to begin rebuilding Kentucky—and that creates a more reliable and sustainable revenue stream.

Source: KCEP analysis based on data from the Office of the State Budget Director and Bureau of Economic Analysis