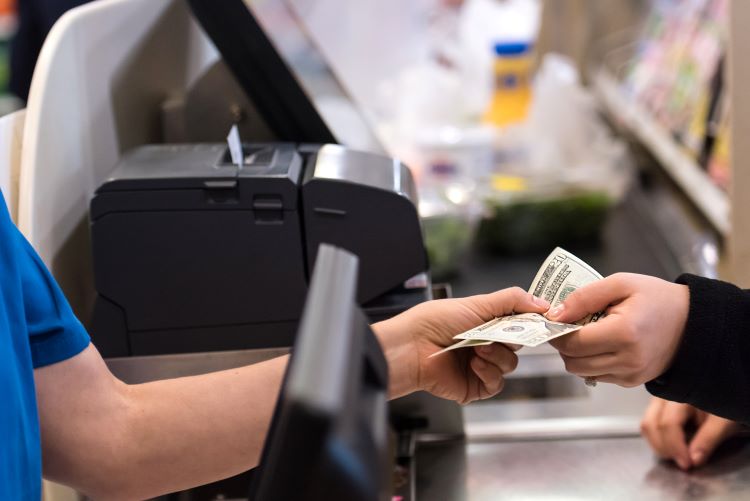 If you’ve gone grocery shopping in Kentucky lately, you saw prices in every aisle that were likely the highest you’ve ever seen. For those of us raising kids, summer is compounding that as we’re buying food for meals that our kids had been getting in school.

One or both of those factors — higher prices and greater need — have probably led to some jarringly high bottom lines on your last few grocery receipts. It’s likely that your household food budget has rarely been stretched thinner.

For the 543,429 Kentuckians getting help with groceries through the Supplemental Nutrition Assistance Program (SNAP) in May, the terrible reality of having to pay higher prices for a longer list of necessities was made worse by a third powerful threat to their well-being.

Last month, Kentucky’s SNAP participants, 12.1% of the state’s population, got an average of about $100 less in grocery money per person than what they had been receiving since April 2020. But that’s just the average — others like seniors and working folks who have income near but below the poverty level lost up to $230 per month.

It didn’t have to be this way, and in most other states it’s not. But the 2022 Kentucky General Assembly chose to end our state of emergency related to COVID-19 (a requirement for the extra SNAP benefits) when it passed Senate Joint Resolution (SJR) 150, and then doubled down on that choice when they overrode the governor’s veto.

This extra grocery money (known as emergency allotments or “EAs”) was worth roughly $50 million per month in Kentucky. These EAs were conditional on the federal declaration of a Public Health Emergency as well as a state-level emergency declaration related to COVID-19. The U.S. Department of Health and Human Services will keep the federal declaration in place until at least November of this year, which means that because of SJR 150, Kentucky will lose out on the extra SNAP funding from May to November — roughly $350 million.

Meanwhile, food prices are rising nearly 10% on an annual basis.

But for Kentucky’s children, the picture gets far worse. At the same time that SNAP benefits are being cut, kids have also lost free school meals.

During the summer of 2020 and 2021, a special federal waiver allowed schools to provide meals for students while school was out. The parents of hundreds of thousands of kids could swing by their school building and pick up enough lunches to cover the week — reducing hunger and helping alleviate some of the strain on family budgets. But those waivers are set to expire at the end of this month, and many schools chose not to participate because of the administrative difficulty of providing meals for only half the summer. And when kids go back to school in the fall, the old rules about free and reduced lunches means only those who apply, or who are lucky enough to be in a universal free or reduced lunch school, will be able to pick up a lunch at the cafeteria cost-free.

Summer’s usual worsening of food insecurity and hunger, combined with this moment’s unusually inflated prices for food and other necessities, would have caused more hardship in families and communities across Kentucky no matter what.

Unfortunately, state and federal policies are morphing Kentuckians’ double dose of economic pain into a triple threat — not only higher prices and greater need, but also less help to weather those hits.

We can do better. For starters, instead of putting up barriers to food assistance, the General Assembly should work to make it easy for all eligible Kentuckians to get and keep adequate help with groceries. The “Benefits Cliff Task Force” meeting this interim must keep Kentuckians’ well-being as their focus. Federally, as Congress debates the new four-year Farm Bill, they should act on the lessons learned from the groundbreaking pandemic-era food programs. That would mean making things like free school meals, summer support, and enhanced SNAP benefits a permanent fixture in our anti-hunger toolbox. The last two years have been a proof-of-concept for how effective these programs are at fighting hunger and supporting working families.

Without evidence-based policies to keep food on the table, the triple threat families are experiencing this summer will cause us to fall backward into greater hunger in the commonwealth. Let’s do better. 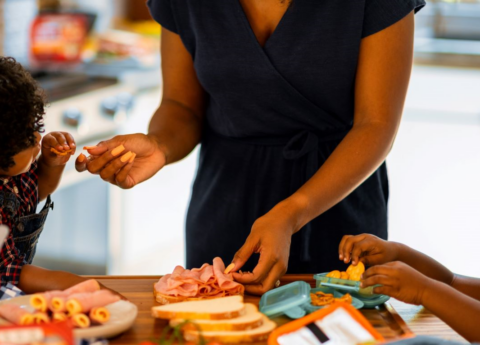