As workers’ compensation laws have changed in Kentucky, the direct losses paid for injured workers have declined. Losses in the commercial market decreased 22 percent in Kentucky between 2005 and 2010, from $510 million to $400 million. The amount of direct premiums earned also declined by 22 percent over that period as competition forced insurers to share some of the benefits with employers 3.

A favorable environment for workers’ compensation insurers in recent years has translated into growing net assets for the biggest insurer, KEMI. KEMI’s net income averaged $11.2 million a year between 2004 and 2015. KEMI in turn built up a policyholder surplus that totaled $196 million in 2015, an amount more than its total underwriting expenses of $171 million that year and an increase in its surplus of 159 percent since 2005 (see Figure 1). 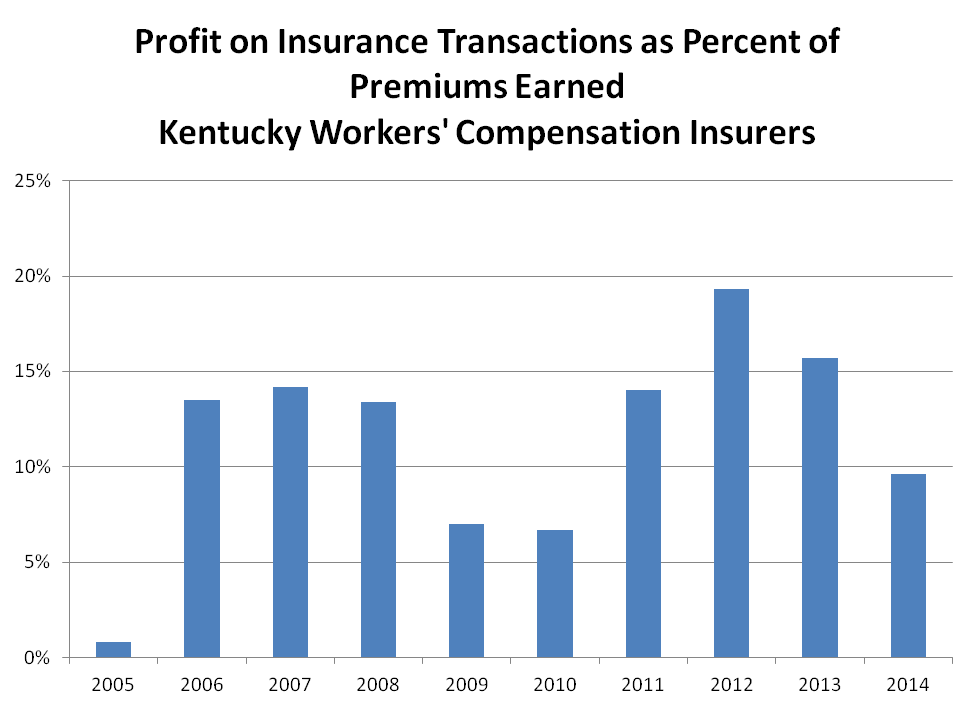 Source: Analysis of National Association of Insurance Commissioners Report on Profitability by Line by State. Graph subtracts the impact of KEMI’s policyholder dividend for 2010.

The growing net assets of the industry as a whole can be seen also in the premiums earned as a percent of net worth. In 2014, premiums were only 26.2 percent of the net worth of Kentucky workers compensation insurers, a lower ratio than all but three other states — indicating that net worth is substantial 6.

The financial condition of the self-insured groups provides another window into industry trends. The six self-insured groups make up one-fourth of the Kentucky workers’ compensation market (excluding individual self-insureds, as above) 7. As with KEMI, the improved workers’ compensation environment for insurers has translated into growth in net assets for these funds. The aggregate fund balance of the six groups has grown from $38 million in 2005 to $132 million in 2015 (see Figure 3) 8. 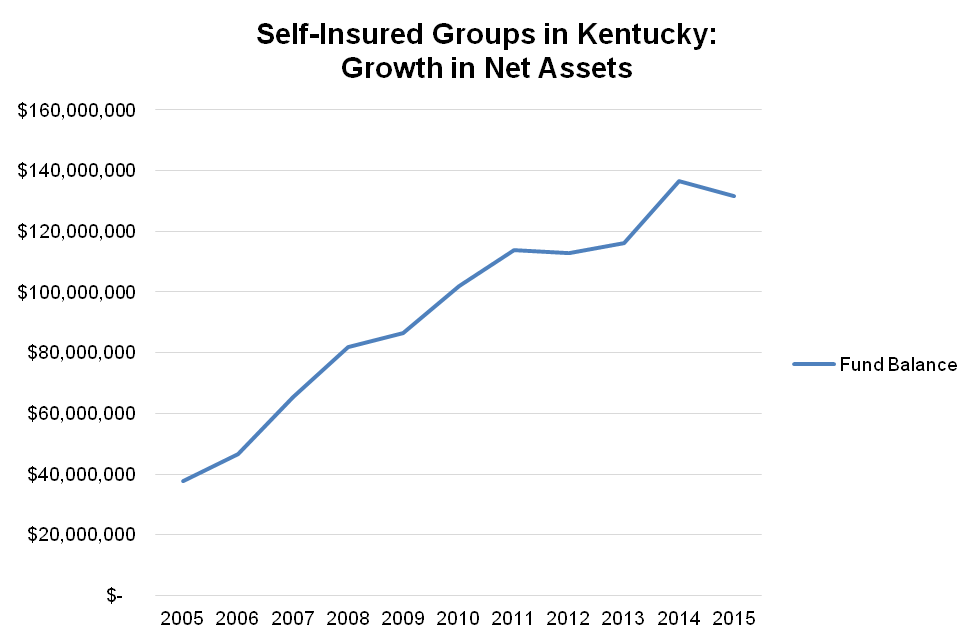