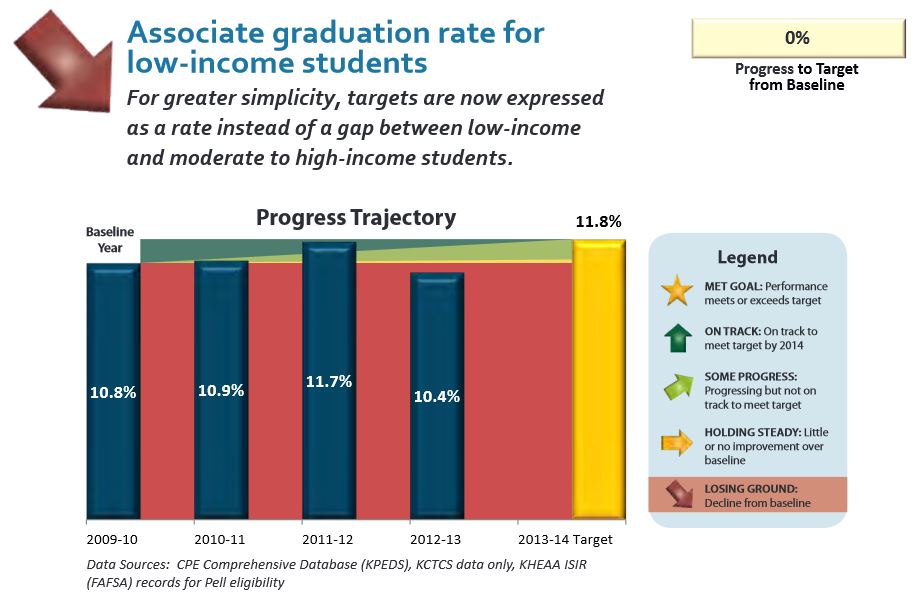 A new report from the Kentucky Council on Postsecondary Education shows that the state is not on track to meet several critical higher education goals it set for itself a few years ago. Most concerning of all is the lack of progress in graduation rates for low-income, underprepared and underrepresented minority students, with rising costs likely a big factor.

In 2010-2011, the state set targets for 2013-2014 as part of a broader plan for higher education in Kentucky. The state has shown improvement on numerous metrics, but low-income, underprepared and underrepresented minority students are still falling behind. The annual report measures progress in the areas of college readiness; student success; research, economic and community development; and efficiency and innovation. The new report gives progress up to 2012-2013, a year before the goals were to be met.

As seen below, the three-year associate graduation rate for low-income students was 10.4 percent in 2012-2013, which is even lower than in the baseline year. 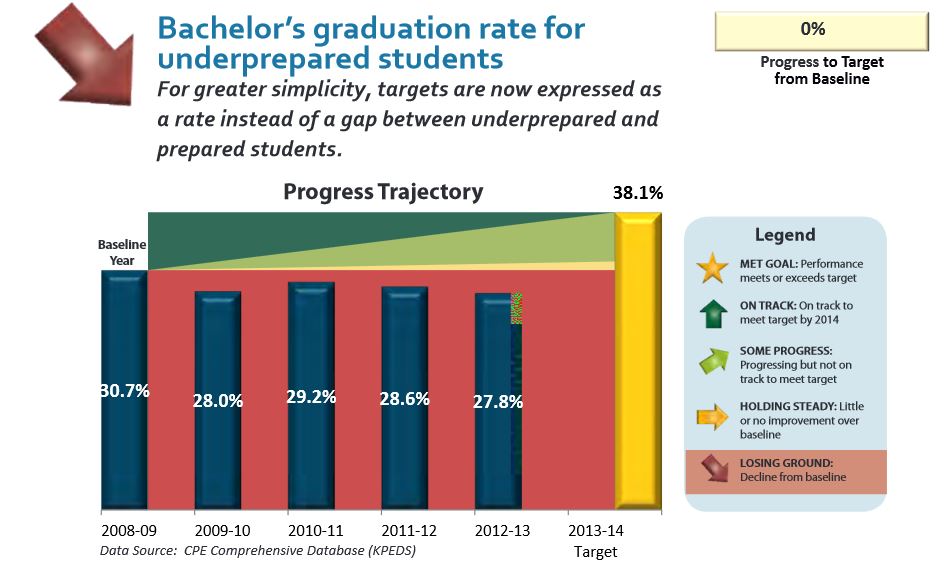 Kentucky is also not doing well on measures that have been shown to help disadvantaged students succeed and persist in college. The state came up short—falling far behind baseline years—on progress in state appropriations for public higher education and grants to low-income students. And the number of low-income students without grants increased 58 percent from the baseline year of 2009-2010. 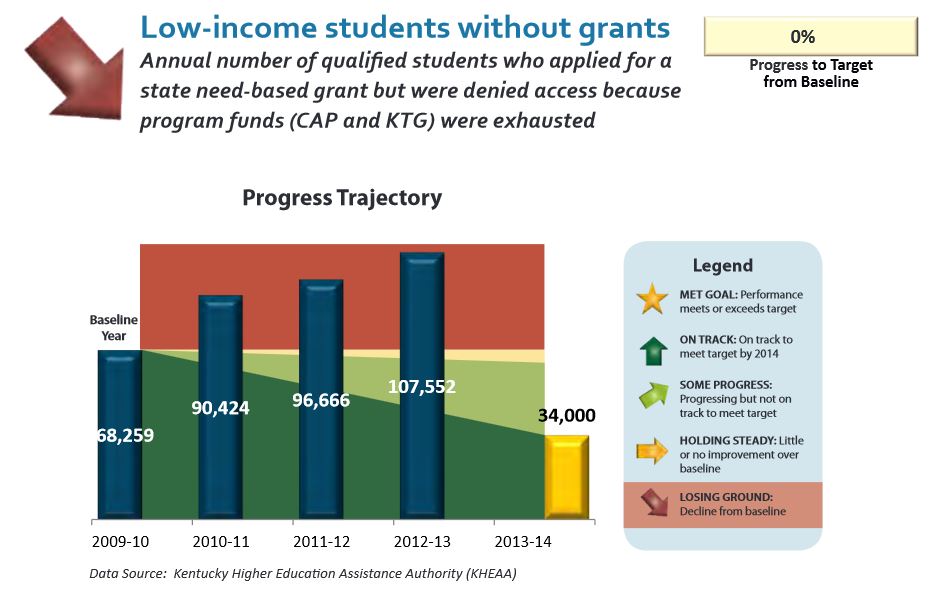 The lost ground on these targets, which makes higher education less affordable, likely plays a role in the poor graduation rates for disadvantaged students as finances are one of the key barriers to students completing degrees and credentials.

Students who receive a GED are also part of Kentucky’s postsecondary education pipeline—and these students do not fare well in the accountability report either, although the report says the state is on track to increase GED graduates next year. In 2012-2013, just 8,890 students earned a GED, down from 9,469 the year before and the baseline year’s 9,357. The goal for 2013-2014 is 11,500.

There are areas where the state is making gains. By 2012-2013, Kentucky had already reached its targets for the total degrees and credentials earned; number of graduate degrees conferred; transfers from the Kentucky Community and Technical College System to four-year colleges and universities; degrees and credentials earned in Science Technology Engineering, Mathematics and Health (STEM+H) degrees. Beyond these already accomplished goals, the state is “on track to meet target by 2014” on one measure: the college readiness of college entrants.

But improving educational attainment for low-income, underprepared and underrepresented minorities—as well as adult education students—is an essential part of growing the state’s economy, improving the circumstances of individual Kentuckians and making the state more equitable. Multiple strategies are needed to accomplish these goals, but increasing the affordability of higher education, particularly for those with the greatest economic need, must play a critical role.