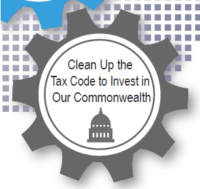 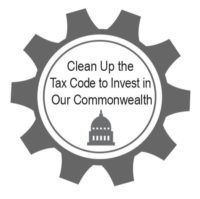 Cleaning up the tax code is one of the five key strategies in “An Economic Agenda for a Thriving Commonwealth.” Tax-funded investments in good schools, robust services for communities and families, an efficient transportation network and more make Kentucky a good place to live, work, run a business and raise a family. By cleaning up tax breaks — especially those that lower taxes for the wealthiest Kentuckians who currently have the lowest effective state and local tax rate — we generate the revenue it takes to invest in thriving communities. With commonsense steps toward an adequate, sustainable and equitable tax code, we can build a state that works for us all.

Currently, Kentucky’s tax code is upside-down, meaning we rely more heavily on low- and middle-income Kentuckians than the wealthy to fund the public services that benefit everyone. In 2018, policymakers used revenue generated from greater reliance on consumption taxes and other changes to pay for huge tax cuts for the wealthy through flattened 5 percent individual and corporate income tax rates — changes that made our tax system even more upside-down than it already was. Too many tax breaks that especially help those at the top, and the recent shift from income taxes to slower-growing consumption taxes, mean we will continue to face structural deficits and budget cuts. Worse, tax breaks typically provide less economic return than direct investments through the budget in areas like high-quality education and modern infrastructure. The policy ideas below will address these faults in our tax code and enable us to invest in a prosperous commonwealth.

To move our tax code in the right direction, Kentucky should rejoin 32 other states with a graduated income tax based on ability to pay. Income below $37,500 single/$75,000 married should still be taxed at 5 percent, between that point and $75,000 single/$150,000 married at 6 percent and above those incomes at 7 percent, phasing out the lower rates for filers with taxable income of more than $200,000. The state should also cap the amount of deductions filers can take at 2.5 times their standard deduction, and phase out the retirement income exclusion and the standard deduction for wealthier filers. To offset rate increases for low- and middle-income Kentuckians, preserve the value of the standard deduction and hold married couples harmless, the standard deduction should be increased to $4,000, doubled for married filers and indexed to inflation. These changes combined would raise over $700 million and hold the bottom 60 percent of Kentuckians harmless on average, ask the next 20 percent to chip in just $68 more a year while requiring more of the wealthiest 20 percent who have received enormous state and federal tax cuts.

Kentucky’s corporate income tax rate, which was also cut in 2018, should be increased to the same 7 percent rate as the proposed top rate of the individual income tax. To clean up other ineffective business tax breaks, the state should return to using a three-factor formula to determine corporate income tax liability (as opposed to the single sales factor formula which creates an uneven playing field for businesses), enact a “throwback rule” that would allow the state to tax the profits of in-state corporations not taxed in other states, and reduce the limited liability entity tax exemption so that fewer corporations can get by just paying the minimum tax. Additional reporting, transparency, and oversight should be required for all business tax break programs, with regular reauthorization contingent on their fully scrutinized value to our state, and two especially costly breaks that show very little in return — the Film Industry Tax Credit and Angel Investor Tax Credit program — should be repealed.

As part of a progressive package of tax changes that, overall, asks more of wealthy people and large corporations, broadening the sales tax base is good tax policy. Exceptions to this rule include sales tax exemptions for essential items like groceries and prescription medications. There are other exemptions that drain revenue from the General Fund without achieving critical policy goals. For example, Kentucky should remove sales tax exemptions for large trucks and boats, and expand the sales tax to additional services such as storage, garment alteration, installation not related to the sale of tangible personal property, pool cleaning, photography, investment counseling and interior decorating.

Clean Up Other Tax Breaks to Boost Revenue

Cleaning up other costly tax expenditures will allow us to make investments in a more prosperous state. For example, Kentucky’s property tax rate has been eroding for decades as the property tax base has grown, but collections have been capped. Instead, the current property tax rate should be frozen, which would allow revenues to grow over time as property values increase. Similarly, the cap on provider taxes paid by hospitals, which has been frozen at 2.5 percent of their 2006 revenues, should be lifted and the rate applied to current revenues going forward. Taxing advanced deposit wagering and instant racing on horse races at the same rate as live betting at race tracks, and taxing fantasy sports and sports betting commensurate with other forms of gambling, would generate a modest amount of revenue and improve equity across gaming. The state should also restore the estate tax on Kentucky’s wealthiest heirs, get rid of the postsecondary education tuition tax credit which disproportionally benefits wealthier families, regulate and tax recreational marijuana and increase cigarette taxes by an additional 50 cents (which would bring Kentucky’s tax up to the national average).

Kentucky should update the revenue sources that support the Road Fund to raise additional revenue for road and bridge upgrades, repairs and maintenance. Doing so will both increase jobs in the construction sector and modernize Kentucky’s physical infrastructure to promote economic growth. Kentucky should increase its artificially low motor fuels taxes, index them in the future to growth in construction costs so their value does not erode, collect additional fees on hybrid and electric vehicles, and increase costs and fees associated with the licensing and registration of vehicles.

Kentucky’s pension discussion has been plagued by exaggerations about the extent of the problem along with proposals that harm public employees and our economy. Instead, we need a strategy to protect benefits and steadily grow the health of our plans over time while also easing the costs to state and local budgets and the subsequent pressure to cut pensions. We should contribute to the plans according to more realistic payment schedules than the current approach, which uses the most conservative assumptions in the country and requires all 16 pension and retiree health plans to achieve 100 percent funded in less than 30 years. Full funding is never actually necessary when it comes to public plans since states like Kentucky are at no risk of disappearing. Additionally, Kentucky already overfunds its retiree health plans compared to many states that do not pre-fund retiree health at all. Kentucky’s retiree health plans have a 48 percent funded ratio in the aggregate compared to just 7 percent for the U.S. as a whole. 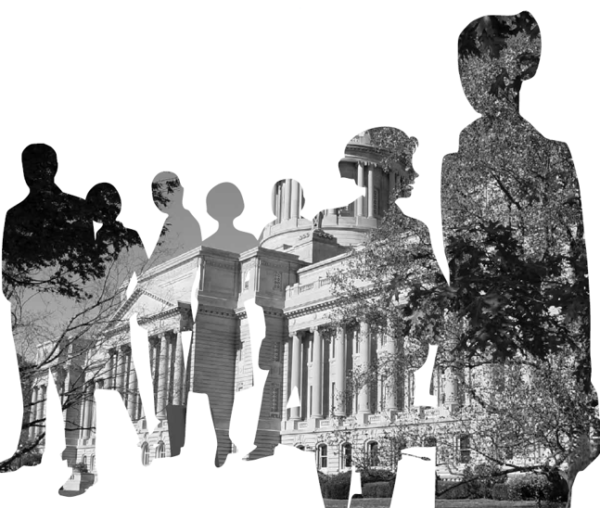