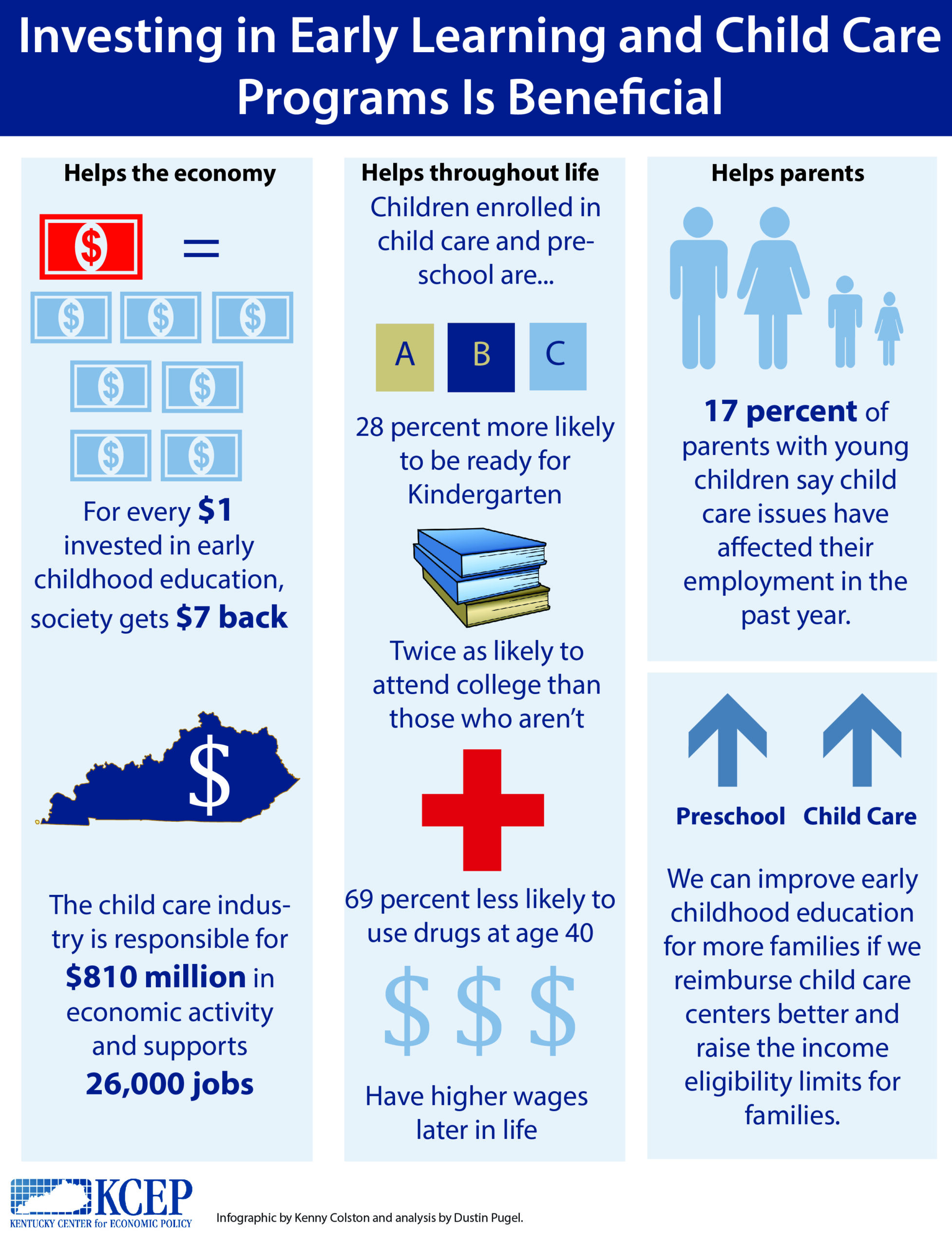 Quality early childhood education, through child care and preschool, has been shown to have multiple layers of value: 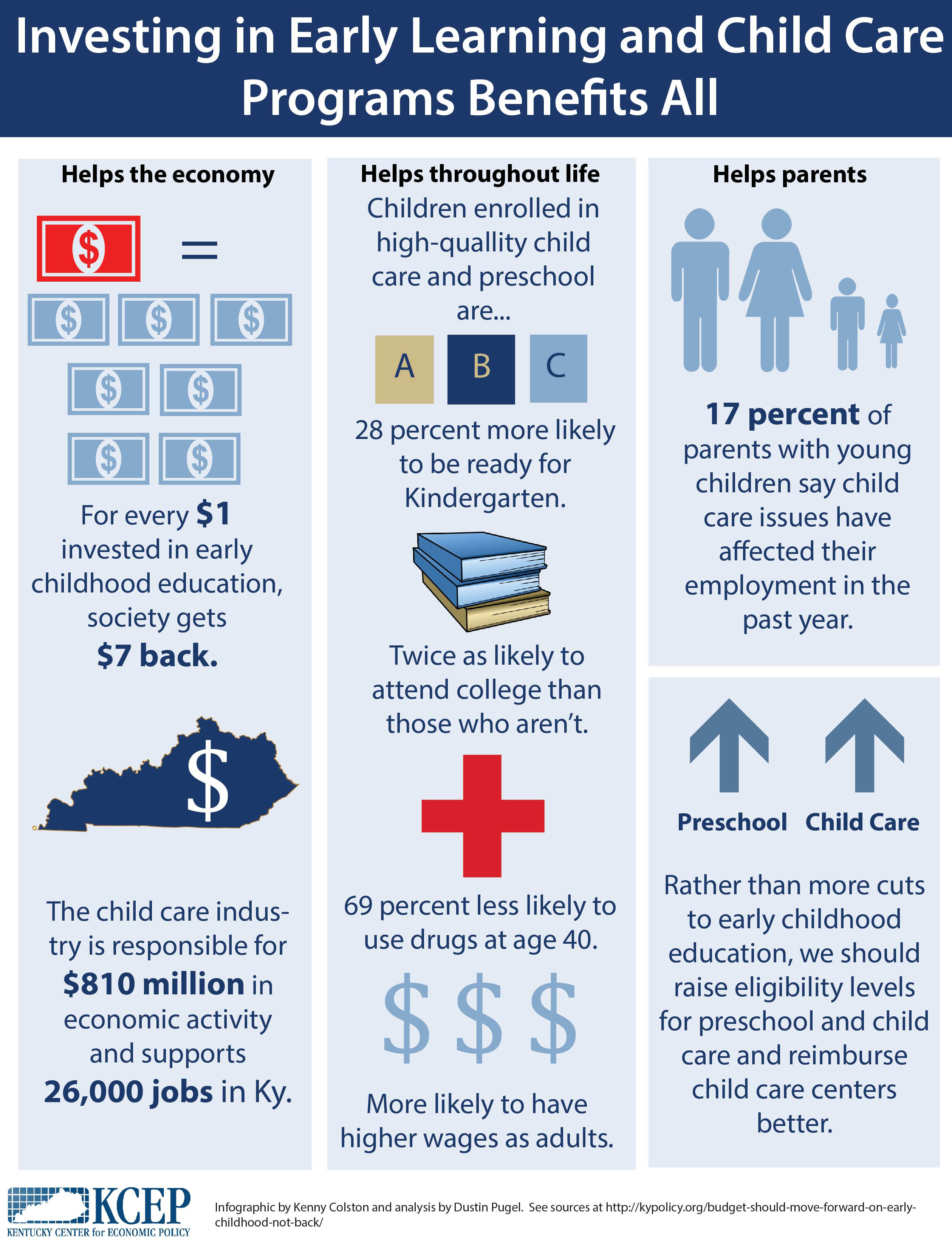 In spite of these returns, the governor’s budget would invest less in this area. Preschool funding is not protected from potential 9 percent cuts in the budget. If preschool received the full cut, it would mean $7.9 million less in funding than in 2016.

Eligibility for Kentucky’s Child Care Assistance Program (CCAP) was restored in the last budget cycle with the limit returned to 150 percent of the 2011 federal poverty level, or $33,525 for a family of four. Recent regulations from the Cabinet for Health and Family Services will increase reimbursement rates to providers by a dollar a day, per child on average.

But the proposed budget would cut over $86 million across the biennium from the Department for Community Based Services, under which the Division of Child Care falls. It is unclear how those cuts would affect the division specifically, but historically, General Fund monies have made up roughly a third of the Division’s budget. Either way, such a valuable program should continue to be enhanced, rather than rolled back as budget decisions are made.