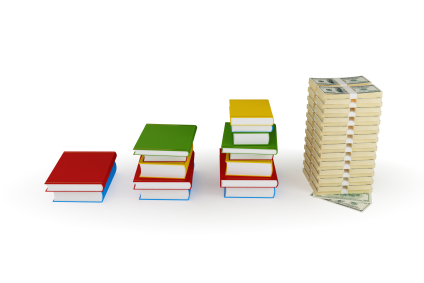 The barriers to affordable higher education–especially for low-income Kentuckians–will continue to grow under a budget that cuts funding to postsecondary institutions and limits need-based financial aid.

To make higher education costs even harder to pay, the budget freezes the funding level of the College Access Program (CAP), the source of state financial aid most targeted to low-income Kentuckians. CAP has been underfunded for years, and in 2011 only one-third of students who qualified for the program actually received assistance because of limited dollars.

As in past budgets the governor proposes to fully-fund the merit-based Kentucky Educational Excellence Scholarship (KEES) program. The choice to fully fund KEES but not CAP has implications for low-income students seeking financial aid. CAP assistance is targeted to lower-income students, and 40 percent of the monies go to those with family incomes of less than $12,767. But while 87 percent of students receive at least some KEES scholarship, overall KEES monies end up being awarded disproportionately to wealthier students–a full one-third of the dollars go to those with family incomes over $82,675.

A long-term shift from need-based to merit-based aid has been happening across the country, but researchers have questioned the wisdom of that trend since higher-income students are more likely to attend college even without the subsidy. Harvard economist Bridget Terry Long has suggested that “increased emphasis on merit in financial aid may exacerbate the trend toward greater income inequality, even among students of equal academic merit.”

In addition, little-noticed higher education tax deductions and credits–which cost the state millions of dollars and tend to disproportionately benefit higher-income people–are not cut alongside other higher education spending in the Governor’s plan since his budget includes no tax changes. Those credits in effect come off the top before monies are allocated for financial aid or any other program in the budget—whether or not they are a better use of state dollars.

Funding for higher education is a key investment in the economic future of Kentucky. The state’s low-income families in particular are in need of education that can help them access career pathways to skilled employment once the job market recovers. Budget cuts that result in further tuition increases and limited financial aid to those who most need it will mean more Kentuckians failing to obtain degrees or burying themselves under mounting student loan debt.

See KCEP’s report “The College Affordability Crunch in Kentucky” for more on this issue.

Source: KCEP analysis using data from the Office of the State Budget Director and the Council on Postsecondary Education. Uses fall head count enrollment data. 2013 and 2014 estimated using governor’s recommended appropriation and the same annual enrollment growth rate as from 2011 to 2012.