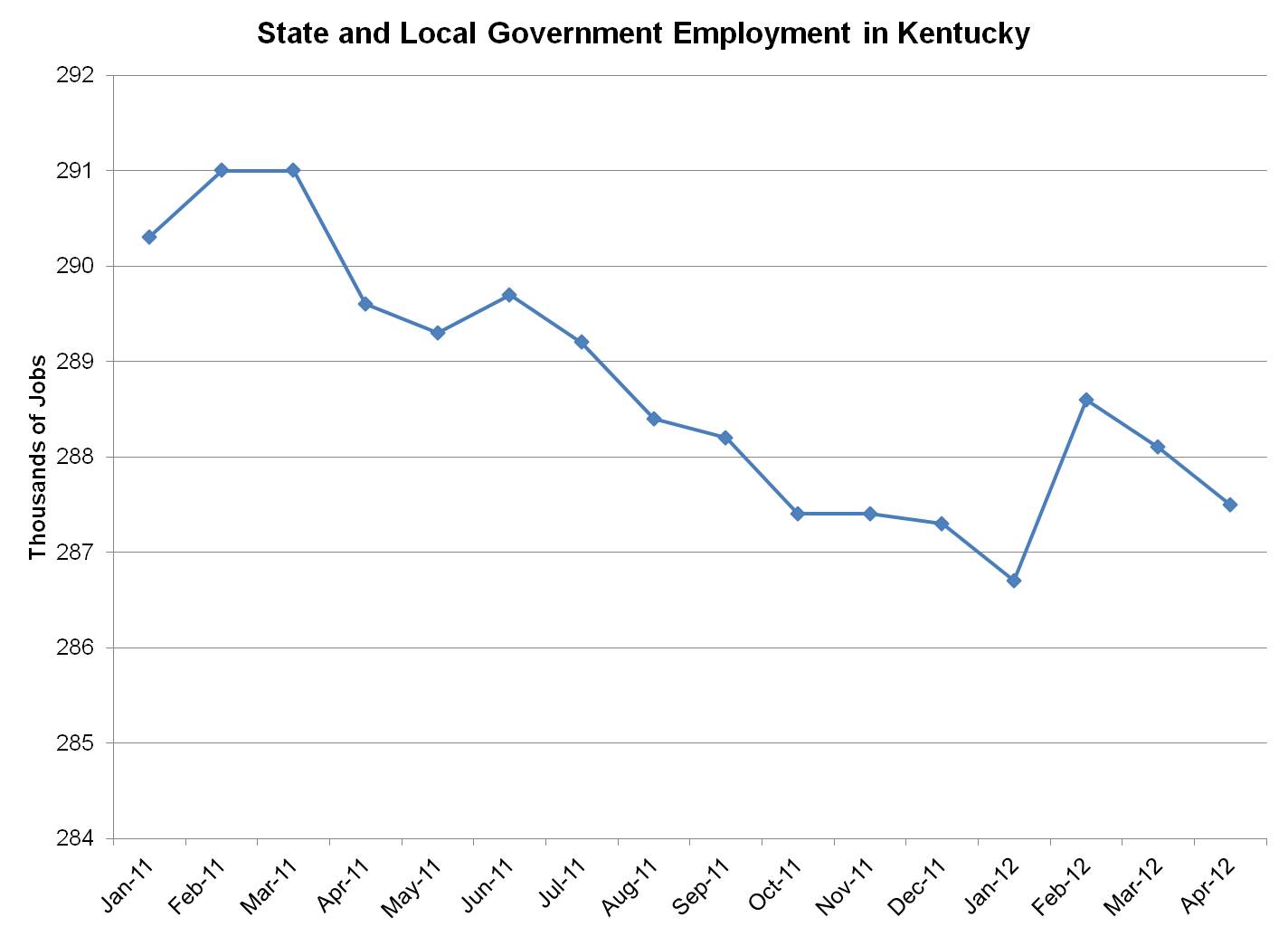 News of layoffs at the University of Kentucky follows stories of pending job loss at the Fayette County health department. Both announcements can be linked to the 11 rounds of cuts the legislature has made to the state budget, which have reduced funding for many state functions by 15-30 percent or more.

Job growth in the economy remains slow, and budget cuts at all levels are making matters worse. Those cuts are resulting in the direct elimination of jobs—both through layoffs and by agencies and organizations not hiring for open positions. More jobs are lost as the newly unemployed spend less money in local restaurants and stores. What’s more, with public sector layoffs Kentucky erodes vital services needed to grow the economy, including education.

Kentucky lost a big number of public sector jobs when the recession hit, but then slowly gained back some of those jobs from 2009-2011 as the federal Recovery Act helped fill the state funding gap. When that money ran out, and the legislature refused to consider new revenues as part of the budget, we began to see losses in state and local government jobs.