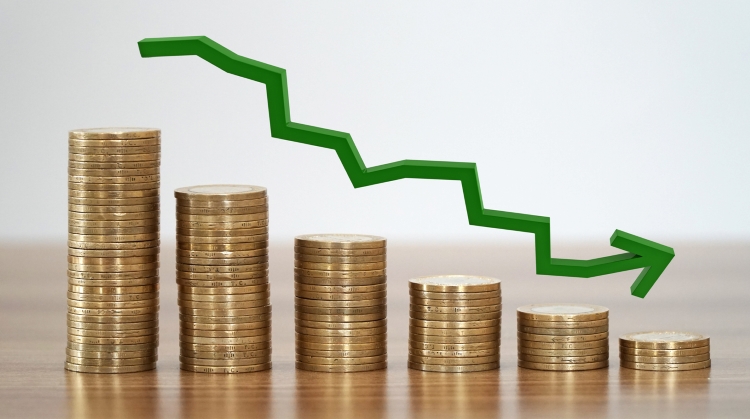 House Bill 308, which passed the Kentucky House and may be acted on in the Senate in the session’s final days, is a giveaway to out-of-state venture capital funds with no requirement for a return to Kentucky. The stated purpose of HB 308 is to address a lack of capital to support investment in rural areas. However, the winners will be the outside owners of the funds, who will be allowed to make a huge return from $50 million in state appropriations with no guarantee of any job creation in the rural areas of the state at all.

These types of programs have been peddled to state legislatures across the country by a few companies hoping to profit from the laudable desire of states like Kentucky to help constituents and economies in rural areas. In other states where the program has been enacted, research has shown it to be problematic and ineffective. The program has been enacted in nine states but most have since eliminated it. The Atlanta Journal-Constitution recently reported that the program is under fire there after a dismal audit, with lawmakers calling it “little more than a special interest boondoggle that enriches out-of-state venture capital funds.”

As Julia Sass Rubin, a professor of planning and public policy at Rutgers University, told the Lexington Herald-Leader in 2019:

“The big takeaway is that this is an extraordinary transfer of taxpayer dollars to a small number of out-of-state firms that live on this type of handover. There’s no doubt this is a horrible deal for the taxpayers. . . They have a repertoire of bad bills that they peddle. They adapt based on what the state will tolerate. They basically live off the dole. Their entire business model is to bill the taxpayers.”

Here are three reasons why HB 308 will not work for its stated purpose:

A fund seeking to receive state dollars from the program can state in their application that they will not create or retain any jobs and the Cabinet for Economic Development would have no ability to reject the application. In fact, making this statement is a smart thing to do because it will guarantee that the state money will never have to be paid back.  And even if a company predicts a high number of jobs retained or created, there are no requirements that they actually need to meet their stated goals and no penalties or clawbacks of the fail to do so.

The requirements to qualify as a growth fund are so narrow that only a small number of companies – specifically those advocating for its passage – can qualify. Applications that include the required paperwork must be approved for the funding – there is no discretion.

Applicants must include an analysis of the impact, but the legislation is written so that the requirements will be easily met – even projects that do not create or retain one job. The analysis is required to use dynamic forecasting (a prediction of economic impact that depends on the assumptions that go into it) for a period of 10 years beginning upon the date of approval – even though no investments need be made for up to 2 years, and the fund can exit the program after 6 years. These companies already have a “nationally recognized independent forecasting firm” to do the required analysis  – a “plug and play” program that they can implement when a state takes the bait.

Further, there are no consequences if the growth fund fails to produce the projected outcomes, not imposing any real conditions on approval of the application or follow through by the growth fund.

The investments are not targeted to areas in need

Investments are not limited to rural areas of the state – in fact, investments can be made in every county in Kentucky except Oldham County. Under the definition of “rural county” included in the bill, which is counties of under 50,000, 101 out of Kentucky’s 120 counties qualify. Laurel, Pulaski and Pike Counties, which are over 50,000 population, are included because more than 22% of their populations are below the poverty level. And because the bill also allows investments in Opportunity Zones (there are 144 Opportunity Zones located in 87 different counties, many of which are in urban areas), investments can be made in every county except Oldham County (because Oldham has over 50,000 in population,  does not meet the poverty standards, and does not have an Opportunity Zone). Further, only 75% of the initial investment need to be in a rural county (104 of Kentucky’s 120 counties).  And then, only 60% of payroll or employees need to be in a rural county at the time of initial investment for a business to qualify as rural, and there is no requirement that a business remain in the rural county after the investment is made.

In fact, funds receiving money under the program do not have to maintain investments in Kentucky over the life of the program. Upon receiving the state contribution up front, they do not have to make an investment in Kentucky for two years. Upon making the investment, if the company is sold or the investment is otherwise ended, the fund then has up to 12 months to reinvest, and there is no required reinvestment after the 5th anniversary. The fund can then request withdrawal from the program after the 6th year. When money isn’t invested in a business in Kentucky (which, according to the words in the bill it clearly doesn’t have to be to continue to qualify), it can be used in any way that the managers of the growth fund sees fit, including investing in companies in other states, hedge funds or the stock market. Further, upon exit from the program, the fund keeps all of the profits earned over the 6-year period, as well as the initial contribution of capital from the state – creating a huge windfall for the investment fund.

HB 308 appropriates $25 million a year to the program for a total cost of $50 million. Rather than transferring tens of millions of dollars to fund managers as HB 308 proposes, with no requirement that rural communities will actually benefit and no control over where investments are made, the Kentucky General Assembly should instead make direct public investments in rural communities. By directly investing in the infrastructure and services that rural communities need to thrive such as clean water, child care and roads, the General Assembly would retain control over where the funds go, and could better assist those communities most in need rather than relying on entities primarily motivated by profit to make those decisions.