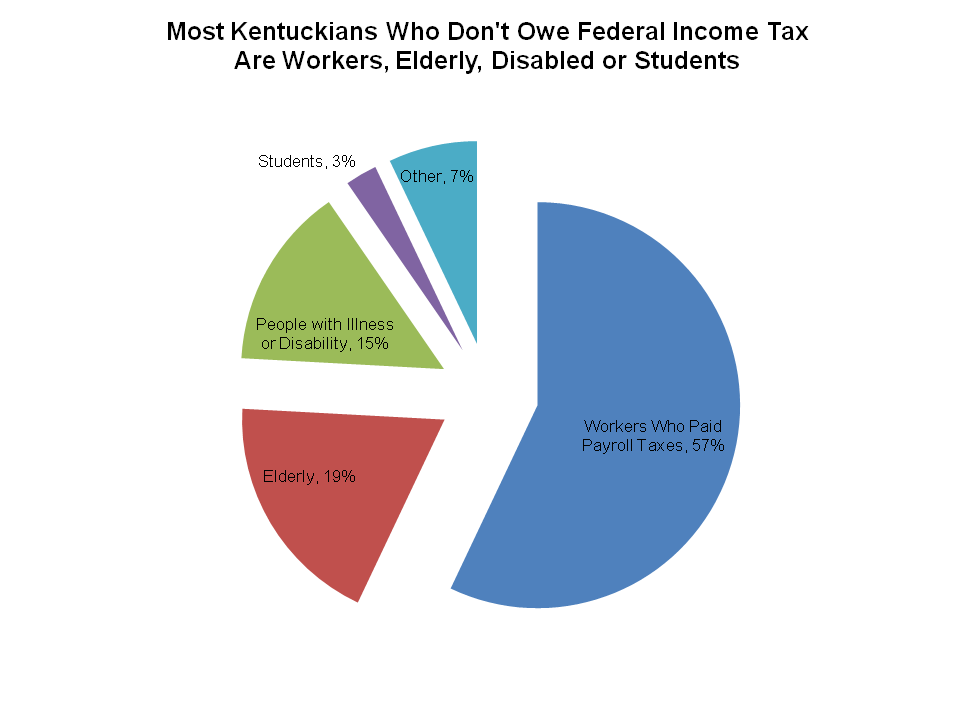 The vast majority of Kentuckians (and Americans) who don’t owe federal income taxes are either workers who pay payroll taxes, seniors, people with disabilities or students.

Many of the remaining Kentuckians who owed no federal income tax either have an illness or disability (15 percent) or were students (3 percent)—and many students will pay federal income tax once they enter the workforce. A significant portion of the remaining group consisted of early retirees and those who couldn’t find work given the high unemployment rates of the past few years.